Slovakia joins in the World Wide Knit in Public Day

THE WORLD Wide Knit in Public Day has been celebrated in more than 50 countries in 2015, including Slovakia. On Saturday, June 13, hundreds of “public knitting” events took place, including in Žilina, Piešťany a Bratislava. 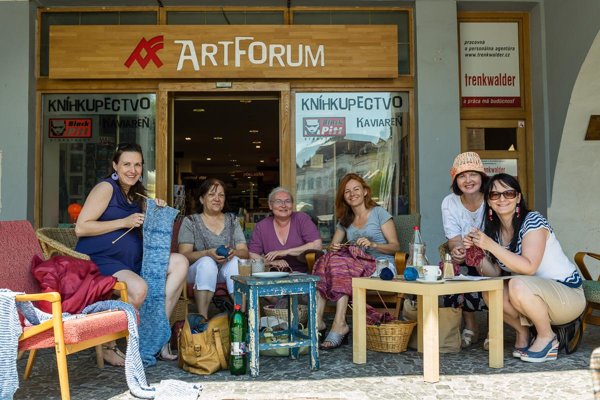 The fundaments of this event have been laid in 2005 by American Danielle Landes; thus, in 2015 the already tenth year of the feat taking place second Saturday in June was organised.

On the World Wide Knit in Public Day women from the USA, France, Far East to Australia will focus on their favourite activity – knitting. After some of them started doing it in public, and after the successful France Championship in Speed Knitting and the Knitting Needles Holiday exhibition, one of the female handicrafts, knitting regained new popularity – in France, and also in Australia, the USA, Canada, the UK, or Belgium. Women in these countries, as wel la sin Slovakia, have re-claimed public spaces, especially the green ones, to enjoy together their passion and to share their joy in talks.

The French website sees June 10, 2006 as the first event of public knitting, the TASR newswire wrote: in March 2006, the Knitting Needles Holiday exhibition gave the impetus for organising the France Championship in Knitting in which 230 women (and men) participated. Exhibition’s organisers joined forces with English-speaking knitters, and the first World Wide Knit in Public Day was arranged.