“WE HAVE found ourselves at a critical time, where it’s necessary to restore the trust of citizens in the state,” President Andrej Kiska said in his state of the republic address. 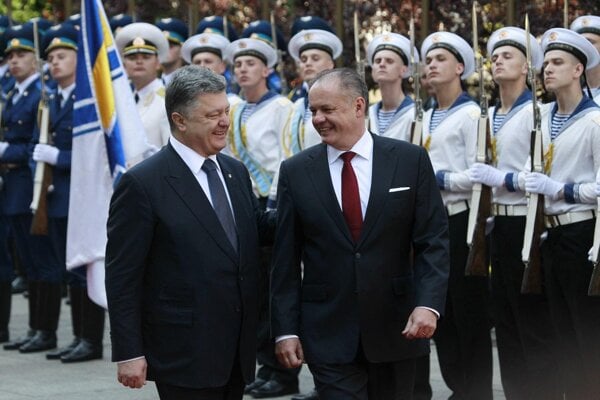 Kiska’s speech,which he delivered in the parliament on June 18 to mark the first anniversary of his inauguration, suggests that most of the challenges that he saw the country facing as he was taking office on June 15, 2014, remain on agenda. Kiska spoke about the need for transparency and order, about Slovakia’s moral obligation to help refugees, and also about the fatigue and resignation that he senses among Slovakia’s citizens.

“People still turn up to vote but they only maintain little faith that things could move significantly here,” Kiska said.

As he was taking over from his predecessor Ivan Gašparovič, Kiska called for active citizenship and himself pledged to be an active president who would “ask questions”.

One year on, opinions in the society are divided about whether he lived up to that pledge.

“Whether it was sufficient or whether there should have been less intervention, that depends on [the observer’s] political stance,” political analyst Marek Rybář told The Slovak Spectator. “If you are in favour of an activist president you’ll see that as too little. I believe president should focus on symbollic acts here, some speeches, explanations.” 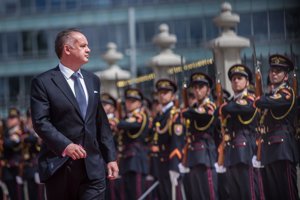 Being an active president does not mean that he should scorn ministers on a daily basis, Rybar offered and explained that the activity is also what Kiska is actually doing: meeting people from the social area, health care, and other problematic sectors.

Regarding judiciary, which was one of the major topics of his presidential campaign, Kiska started off a couple of days after his inauguration, when he exchanged the three presidential nominees in the Judicial Council.

“Where it was necessary he did use [his competencies] to the fullest extent, such as in appointing people to top judicial posts,” political analyst Grigorij Mesežnikov opined in an interview with The Slovak Spectator.

One of the major competencies of the president as defined by Slovakia’s constitution is the right to veto laws passed by the parliament. Kiska used his competency several times in his first year, but he was also criticised for not vetoing some controversial legislation, such as the law changing the rules for restructuring of companies that was amended in the wake of the Váhostav scandal.

“There he got into a complicated situation, he did not use his right to veto, but he did criticise the amendment,” Mesežnikov noted, adding that the decision not to veto was probably driven by the time pressure, and the absence of constitutional flaws in the amendment.

Rybář stressed that the possibilities the president has to directly intervene in the creation of  public policies are very limited.

The most controversial step that Kiska took is that he chose to appoint only one rather than three constitutional judges of the six candidates that the parliament approved.

“This is where he got into a controversial situation,” Rybář told The Slovak Spectator. “it is a power that the presidents before did not use and if there should be a stability of institutions I believe president should not enter this domain.”

"Constructive" with the PM

Following Kiska’s victory over Prime Minister Robert Fico in the runoff round of the presidential election, analysts expressed concerns that the tough campaign could translate into testy relations between the country’s two top constitutional officials.

One year into Kiska’s presidency there is a general agreement that no such thing has happened. Rybář labelled the relationship between the two men as “cautious”.

“The president very rightly realises that his task is not to play the role of the parliamentary opposition, to be the opposition towards the government,” Rybář noted. 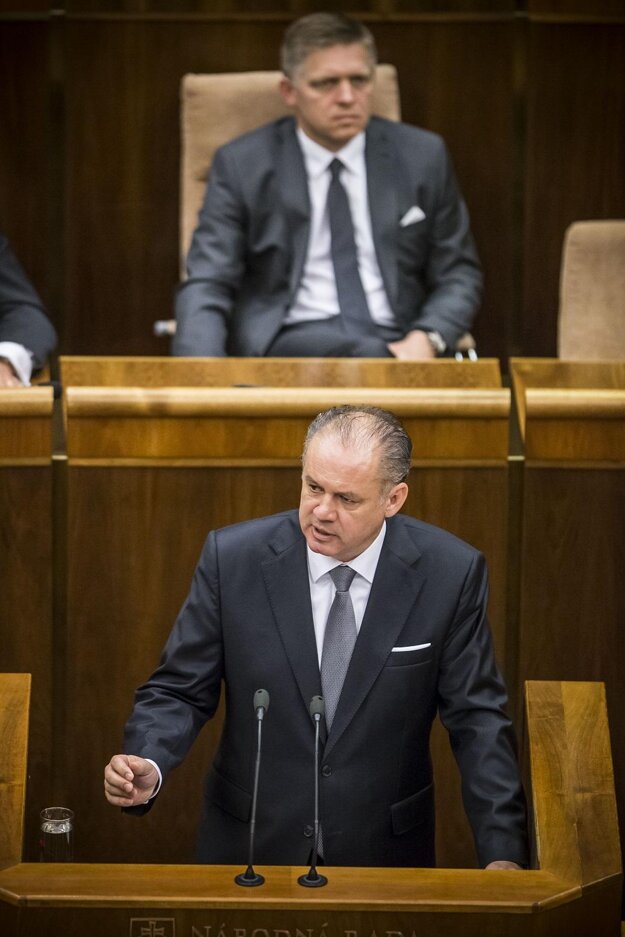 Kiska himself keeps stressing his relationship with Fico is constructive, as he labelled it also in an April 2015 interview with the Sme daily. 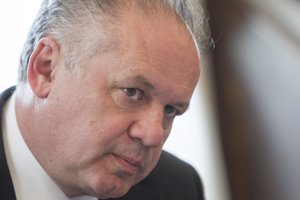 Read also:Kiska: My relationship with Fico is "constructive" Read more

There have been some instances where slight tensions arose between the president and the government, such as the health care problems, which was the most addressed criticism towards the government, when he met with Health Minister Viliam Čislák.

“If there are any discrepancies between the president and the government members, I think that thanks to the president it does not grow into some open confrontation.” Mesežnikov said.

The discrepancies in opinions between the president and the prime minister were however much more visible in the realm of foreign policy. This is also an area where Kiska draws widespread praise.

“And I think this is quite right, because foreign policy, based on the constitution as well as the practice in European countries that have directly elected president, should be the president’s domain,” Rybář said.

The most visible are the differences in stances towards Russia, Ukraine, and Slovakia’s willingness to live up to its commitments as a NATO member, Rybář added.

In the current situation Kiska plays a key role for the harmony with Slovakia’s declared foreign policy priorities, and for preserving the country’s image as a loyal EU and NATO member, according to Mesežnikov.

“Our country is such a member, but due to the statements of Robert Fico abroad, there have been some doubts about that among part of the experts, public, and also politicians, and the president dissolves those doubts by declaring his stances clearly and those stances are in line with how Slovakia’s foreign policy is defined by the Foreign Ministry,” Mesežnikov explained.

Such a great difference in opinions between the prime minister and the president cannot be found in any other country of the region of Central Europe, according to Rybář.

“This shows that there is, apart from the governmental and Fico’s viewpoint, also another viewpoint that we could perhaps call Atlanticist,” Rybář said and explained it as a viewpoint that fosters a stronger anchorage of stances and opinions, and rhetoric, with Slovakia’s partners.

Additionally, regarding his critical stances towards Russia and the events in Ukraine, Kiska stands out among the presidents in the central-European region, especially now after the elections in Poland, Rybář noted.

The major event that Kiska will have to handle as a president in his second year will be the 2016 parliamentary elections. In his state of the republic address he has already made it clear he will encourage citizens to vote, but will not give any recommendations as to which party to choose.

Mesežnikov does not expect Kiska to intervene much in the political campaign ahead of the elections, as “he simply does not need to enter the realm of political competition”.

After the elections, Kiska will have to appoint the new prime minister and moderate the formal talks between the political parties that will come out of the elections as parliamentary, Rybář noted.

“All presidents here so far played a moderate role, and if there is any tradition in Slovakia, it is this, and it would be good to stick with it,” Rybář said.

Jana Liptáková and Radka Minarechová contributed to this report.