CITIZENS and visitors of Bratislava became witnesses of a historical event – coronation of Charles VI on June 27 as part of the 13th annual Coronation Ceremonies between June 26 and 28. 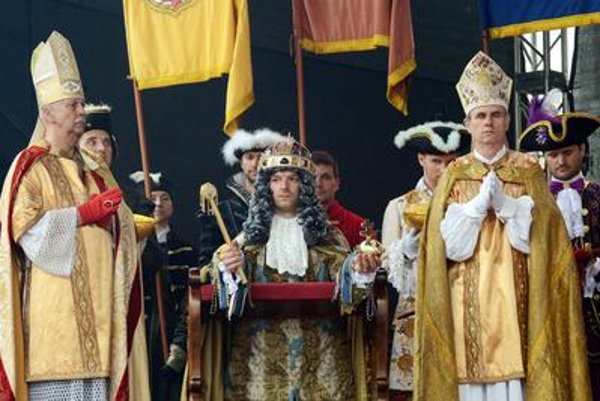 “Coronations are really the top theme of presentation of the Slovak capital,” said Iveta Plšeková, deputy Bratislava mayor as cited by the TASR newswire. “For almost 300 years Bratislava was the coronation city, the centre point of the Hungarian monarchy, a place where the most important men and women were meeting.” 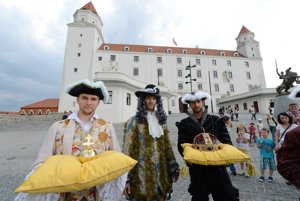 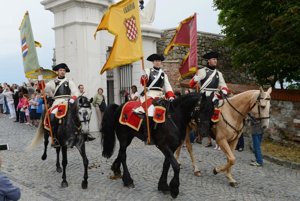 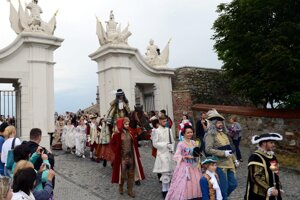 The re-enactment of the coronation of Charles VI – the last of the House of Habsburg on the Spanish throne and the first Spanish king on the Hungarian throne – took place on the Main Square on June 27 and was the centre piece of the whole event. The three-day programme included also a contemporary coronation crafts fair, the Kuruc army camp, tours around the historical city centre, the coronation procession and even the route of the coronation ceremony of Charles VI King of Hungary, plus the subsequent banquet and party.

As the aim of the organisers was to introduce people also to the period in which the coronation took place. Thus the event also features the execution of folk hero and highwayman Juraj Jánošík, the wars against the Ottomans of Prince Eugene of Savoy and a knighting ceremony.

Holy Roman Emperor Charles VI, the father of Maria Theresa, was born on October 1, 1685 during the long war against the Turks. He was crowned as the king of Hungary in St. Martin’s Cathedral in Bratislava, then called Pressburg, on May 22, 1712.