THE ROBERT Fico government is preparing an additional 30 measures by which it wants to combat tax avoidance and tax evasion in Slovakia. It wants, for example, to use cover companies to uncover criminal deeds, names of debtors should be published on the website of the Financial administration and excise tax evasion should be curbed too. 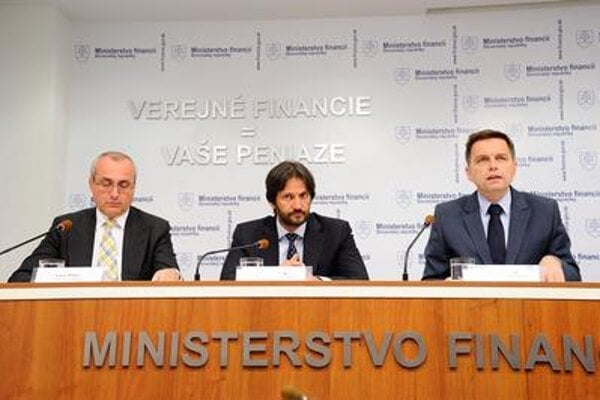 “We decided to continue with this combat,” said Kažimír. “Our competitor is a very sophisticated enemy adapting to measures directed into legislation. We have to fight to keep results sustainable.”

Kažimír specified that the government, thanks to so-far adopted measures after 2013, has managed to get €2.1 billion into state coffers.

“This is a huge sum of money, it represents about 3 percent of GDP,” said Kažimír, adding that this is the reason why the cabinet decided to bring another 30 measures. It wants to focus on better collection of excise taxes, or reduce tax arrears. “Excise tax evasion is getting into the centre of attention, especially in case of motor fuels.”

The cabinet also wants to introduce a system of monitoring cross-border transport of goods during carousel deals, while also looking into conditions of excessive VAT deduction during cash transactions.

“Last but not least we want to analyse changes in the VAT control statement which is our key analytical instrument,” said Kažimír. “Immediately after its introduction, groups focusing on VAT frauds started to focus on excessive VAT deduction that are requested based on cash operations.”

The ministries of interior and justice will join the combat too, while at question is the usage of agents, while so far these are known only from corruption and criminal offences for now.