THE SLOVAK government has not paid much attention to the investigation into the June 19, 2013 police raid in Roma settlement Budulovská in Moldava nad Bodvou. Instead, the government is commenting on events before the case is completed, according to the European Roma Rights Centre (ERRC). 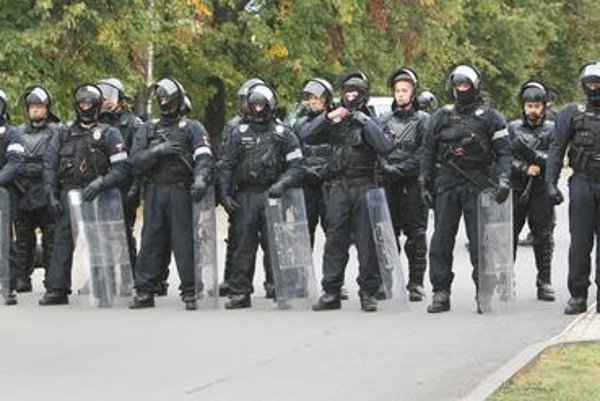 “We protest against the fact that this event was not properly investigated,” ERRC executive director András Ujlaky told The Slovak Spectator. “The government should not judge what happened or how it happened but secure that investigators will find out.”

On June 19, 2013, more than 60 police officers raided the Roma settlement informally named Budulovská outside Moldava nad Bodvou. Police were purportedly seeking seven men. They found none of those men, but according to eyewitnesses, violence ensued and 15 other Roma were taken to the police station.

While police allege they were attacked upon entering the 800-person settlement, none of the 15 detained were ever charged with a crime resulting from the clash. Several of the Roma were injured, and at least one of them contends that he underwent two more severe beatings at the police station itself. A second alleges he left the station bleeding from his rectum. ETP Slovensko, a non-profit group that works with ethnic minorities, documented the injuries with photographs. The raid was preceded by a conflict involving some settlement residents with a police patrol after a party on the night of June 16, according to ETP Slovensko.

To mark the second anniversary of the police intervention in Moldava the Centre organised a debate about police violence against the Roma on June 24 with Paul d'Auchamp, the Deputy Representative of the Regional Office of the Office of the United Nations High Commissioner for Human Rights (OHCHR), Ombudswoman Jana Dubovcová and the government’s proxy for Roma communities Peter Pollák participating.

The Prešov Regional Prosecutor Office is currently investigating the raid, how it was carried out and whether the police officers abused their powers.

“So far we have no answer to the most fundamental question: whether the intervention was necessary,” Dubovcová told the press. “I maintain that the police force was used unreasonably and disproportionately.”

There are no delays in the raid’s investigation and investigators act systematically and continuously. The supervising prosecutor has not noticed any delays so far, according to Prešov Regional Prosecutor Office Marián Spišák.

On the other hand, Stanislav Jakubčík, legal defender of the settlement’s inhabitants said that the procedure used by investigators is not standard. The lawyer further stated that he has filed several complaints against the investigation pointing to delays caused by an excessive amount of repeated witness hearings without providing reason or investigation of the mental condition of witnesses. It makes it difficult for the victims to testify about what happened after such a long time, according him.

“Personally I have never experienced that prosecuting bodies investigate the mental condition of witnesses or raiding police officers before accusing a specific person,” Jakubčík said during the debate.

Moldava is just the tip of the iceberg, however, Ujlaky said pointing to the April 3 investigative police action when several Roma residents of the town of Vrbnica in Košice region were injured.

The raid in Vrbnica was part of a large police action in which the police were looking for people who failed to show up to start prison sentences. The police raided 46 locations and found seven people they were looking for, but none in Vrbnica, public-service RTVS radio reported.

An additional 45 cases of police violence during this raid were not investigated well enough, according to Ujlaky.

“They didn’t proceed in deciding whether the police had the right to do this or not,” Ujlaky said. “And I don’t see it as the right thing.”

Back in 2013 Interior Minister Robert Kaliňák stated that the raid in Moldava was a standard police action. He added that in 2012 there were 228 identical police actions performed. Over the first six months of 2013 year there were 111 such actions, according to him.

Dubovcová wanted to discuss human rights violations during the Moldava raid with the government in January 2014. She proposed several measures to prevent such questionable raids in the future including obligatory use of cameras during police actions and creation of an independent body investigating police activities. Currently that responsibility is held by the Interior Ministry which controls the police.

Prime Minister Robert Fico of Smer then invited her to a government discussion, but the ministers did not allow her to speak. Smer later voted in Parliament that the Government acted properly.

In June, Dubovcová presented an annual report on her activities. This also mentioned Moldava, but only 11 MPs showed up to listen.

After all the intervention in Moldava did not bring any shift in investigating such cases, but it has contributed to several small changes. For example, the Police Corps Chief Tibor Gašpar ordered that cameras should be used in raids carried by a single commander, according to the Ombudswoman.

Dubovcová says that all the changes are more the result of public pressure than the willingness of the Government.

“On the positive side I’ve found that part of society has realised that violence and exclusion aren’t the solution to the situation faced by these communities,” Dubovcová said.

When commenting on the government’s attitude towards the Ombudswoman, Paul d’Auchamp stated that governments in general should listen to their ombudsmen, who are sort of watchdogs. He especially highlighted her proposal of an independent investigative body creation.

“In a country ruled by law it’s important that people who investigate crimes committed by police officers aren’t colleagues of those being investigated,” d’Auchamp told The Slovak Spectator.

After public protest against immigration held in Bratislava on June 20 that led to violence against both police officers and bystanders, Prime Minister Robert Fico praised the police work comparing it to the raid in Moldava.

Dubovcová criticised that statement saying that when the Prime Minister erases the difference between those two police actions he affects the public attitude in negative way.

“It’s like he [PM Fico] approved the use of any police force against a certain group of people,” Dubovcová told the press. “It was more than a pitiful statement.”

Beaten Roma does not believe

One of the Roma injured during the Moldava raid was Milan Hudák who also participated in the debate. He claims that the police hit him over the head with a baton and kicked him, and that his body showed traces of an electric shock. He also claimed that the police threatened to break his arms at the police station.

Hudak does not believe that the investigation will have a fair conclusion.

“I appreciate the fact that people who we don't even know are helping us,” Hudák told The Slovak Spectator, “But I don’t think that the professionals will respect these people’s advice.”