WHEN asked what is most likely to blow governments off course, then UK Prime-Minister Harold McMillan famously (and reportedly) answered: “Events, dear boy, events”. 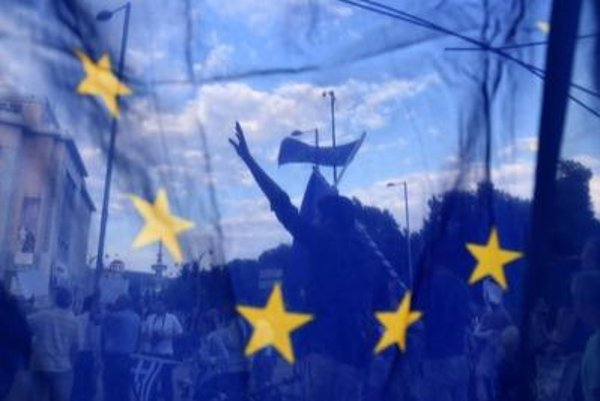 The answer could easily and justifiable have been given to the question, what could interfere with the EU agenda. For about a year and a half unexpected external and internal developments have interfered with much of the important and necessary work 28 member states, the Commission and the European Parliament jointly will have to do.

One might say that world politics – and Realpolitik! – is back on the top of the European agenda again. The EU is no longer (just) about the shape, form and colour of bananas or cucumbers. The EU is about external threats, both in the East and the South; the EU is about refugees coming for shelter in numbers that have not been seen in a long time; the EU is about a financial crisis that may – or may not – lead to the economic collapse of one of its member states; the EU is uncertain whether to conclude the biggest trade agreement ever.

In short and in perhaps cynical terms: the EU is proving its usefulness yet again. In the relative calm waters before 2008, the EU was able to welcome new members and build itself towards greater unity. Present day “events” lead to existential questions, even if one ignores the existential “to be or not to be in the EU, that is the question” for one member state.

It is interesting to see that trust in the EU is slowly on the rise again. In southern Europe, the population puts more confidence now in “Brussels” than in their own governments. The number of Brits (or should I say English in this particular case) planning to vote to stay in the EU is up again. In my country, where deregulation and subsidiarity were essential topics, we understand better than before – just because the “big issues” are back again on the table – the importance to deal with the challenges ahead through joint action.

Another reason for “togetherness” is that what today are problems for “the others”, may tomorrow be our problems. European solidarity in that respect is well-informed self-interest. Whether it is about economic reform, the arrival of up until now an unheard of number of refugees, the use of the energy weapon by external actors or even the threat of violence, these challenges require a unified European answer. Despite our differences and divergences, we owe it to ourselves stay the course.

Difficult though this may seem to be, it is in my view clear, that there is no way back. We may want to change a number of instruments in the orchestra, but the tune will have to remain in harmony. Without harmony, we will end up with a terrible headache.

Here, it is perhaps the right place to quote the three Musketeers: “All for one, one for all” or one of the fathers of the United States of America, Benjamin Franklin: “If we do not hang together, we shall surely hang separately.”