THE DEFENCE Ministry wants to build the new specialised training centre and also a new accommodation and eating facility in the military area Lešť in Banská Bystrica Region. 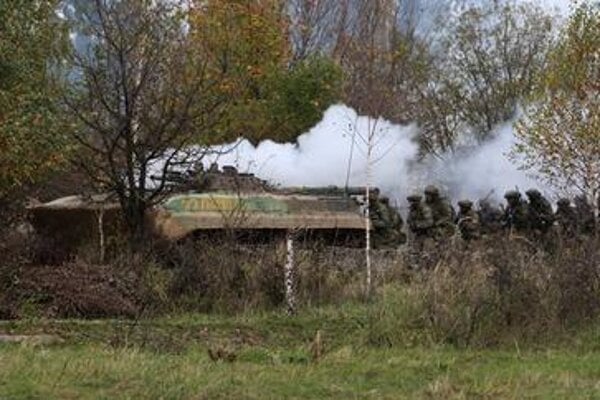 One of the previous exercises at Lešť. (Source: Sme)
Font size:A-|A+  Comments disabled

The capacity of the new complex should be 750 people, including soldiers, firefighters and police officers. Part of the construction will be also a new security system. The total cost of the order is set to €27.5 million without VAT, the SITA newswire reported.

The government approved the construction in Lešť earlier in June. Defence Ministry spokesperson Martina Balleková informed at the time that part of the construction may be financed from EU funds.

At the beginning of May the modernised training area and the firing range costing €3.5 million was opened. It has been the biggest modernisation project of the centre in its history. Moreover, also a new tent camp for €1.3 million was added last year. It will be used until new accommodation capacities are built.

Three new facilities for training military troops in fighting and defending, patrolling, and performing other operations in built-up areas in towns should be built in Lešť at the site of unused area which had been used by the Soviet army, SITA wrote.

The centre in Lešť enables the thorough training of military, police, rescue, and medical professionals, including the fight against terrorism and organised crime. More than 10,000 people trained there last year, including 1,000 foreign soldiers. Police officers from the Czech Republic, Poland, and Croatia have already attended the trainings this year, while in autumn US soldiers should arrive within the Slovak Shield training, SITA wrote.