Babiš wins over ÚPN, for good

ANDREJ Babiš did not consciously collaborate with the pre-1989 secret service. That is the final verdict in the case of the current Czech finance minister versus the Nation’s Memory Institute. 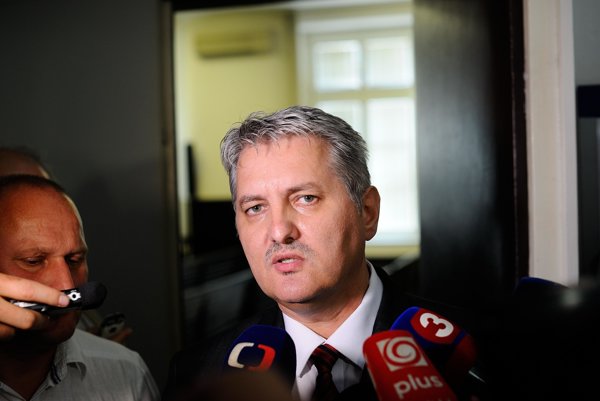 The case has been dragging on since January 2012. The institute (ÚPN) now lost the case for good, following a ruling of the Bratislava Regional Court, which on June 30 rejected the appeal of the ÚPN and upheld the verdict made one year ago, in June 2014, by the Bratislava I District Court, which stated that Babiš appeared in the Communist-time secret service ŠtB files published by the ÚPN unrightfully. The verdict cannot be appealed anymore. 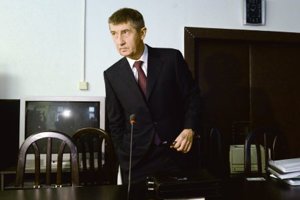 The lower-level court had conducted an extensive examination of evidence, and it had done so in the correct manner, according to the Regional Court.

“It stemmed from the evidence that the plaintiff [Babiš] did not actively work as a conscious secret collaborator [of the ŠtB], he never signed the collaboration commitment, and did not keep conspiratory contact with the ŠtB agents,” the court senate, composed of Juraj Považan, Milan Chalupka a Janka Richterová, wrote in the ruling as quoted by the SITA newswire.

The ÚPN disagrees with the verdict and labelled it symbolic that it was delivered on the 70th anniversary of the founding of ŠtB, a criminal organisation that has thousands of victims, human lives, and spoiled fates, on its conscience, according to the ÚPN spokesman Tibor Ujlacký.

“In the first place, the court took into account inconsistent testimonies from ŠtB witnesses,” the ÚPN legal representative said as quoted by the TASR newswire. “This is unfortunate for Slovakia. We allowed ŠtB officers to rewrite Slovakia's history today. More lawsuits are looming, and ŠtB officers may seek damages. This has become a precedent."

In a later press statement, the ÚPN labelled the ruling of the Regional Court “controversial and unconvincing”.

The institute argues that the courts should not have dealt with the lawsuit at all, regardless of the fact whether Babiš was or was not an agent, since the ÚPN is not the institution that created and maintained the records of the ŠtB, the institute’s spokesperson Ujlacký wrote in the statement.

“The ÚPN is not a successor organisation of the Communist ŠtB and does not hold responsibility for the unlawful activities of its former staff,” Ujlacký explained, adding that the ŠtB files have been published based on the duty that stems for the ÚPN from the Law on the Nation’s Memory. ÚPN maintains that is is now being sanctioned and prosecuted for fulfilling its legal duty.

The head of the court senate that delivered the verdict, Juraj Povazan, however, claims that the ÚPN must bear the risks that its activities involve, and argued that even when the ÚPN merely fulfils its duty, it still carries responsibility for interference with the rights of the people who might appear in the ŠtB files unrightfully.

“The right to preserving human dignity, good reputation and name, are fundamental human rights,” Povazan wrote as quoted by SITA.

Babiš and his files

Babiš, a Slovak-born billionaire and one of the richest men in the Czech Republic, who currently serves as the Czech finance minister, launched his lawsuit against the ÚPN in January 2012, after a series of reports by the Slovak media about his alleged activites as an ŠtB agent before 1989.

Babiš appears in the ŠtB files published by the ÚPN most often under the name Bureš. He would allegedly meet his superior in a conspiration flat and he allegedly reported about concrete people, the Denník N daily reported.

“It is apparent that agent Bureš provided reliable information to the ŠtB bodies and fulfilled the tasks he was assigned,” the ÚPN wrote in its statement for the court, as quoted by the daily.

The ÚPN claims it has provided 12 files that document the activities of the agent with cover name Bureš, and that the authenticity and trustworthiness of these files has been proved, among other, by 40 signatures of ŠtB officers on various managing positions.

“We consider it regrettable that former ŠtB officers enjoy the trust of the Slovak courts and their testimonies have more weight than the evidence from the archives of the ÚPN, or the statements of experts,” Ujlacký wrote, noting that the court based its verdict on the testimonies of three ŠtB agents, while it ignored a whole set of evidence that prove the contrary.

This refers mainly to the testimony of former ŠtB agent Július Šuman, who created the file codenamed Bureš and who in the court described the circumstances under which the file was made. Šuman said he did not know Babiš personally. In 1980 he created the file, but stressed that Babiš knew nothing about it and that he did not contact him, nor ask him to meet.

Babiš insists his appearance in the files, often under the code name “Bureš”, stems from a requirement that agents recruit new collaborators as part of their job. He contends that Šuman merely listed his name so as to meet his recruiting quota.

“We are forced to state that our history is being overwritten by people who under communism worked in a criminal organisation that the ŠtB undoubtedly was,” Ujlacký wrote.

The ÚPN is going to consider its possibilities to further appeal or file a constitutional complaint.