ON OCTOBER 2014 Sir Nicholas Winton was awarded the Czech Republic’s highest honour  – the Order of the White Lion for saving 669 children, mostly Jewish, from Nazi-occupied Czechoslovakia to safety in Great Britain on the eve of World War II. A half year later he died on July 1 at 106 years old. 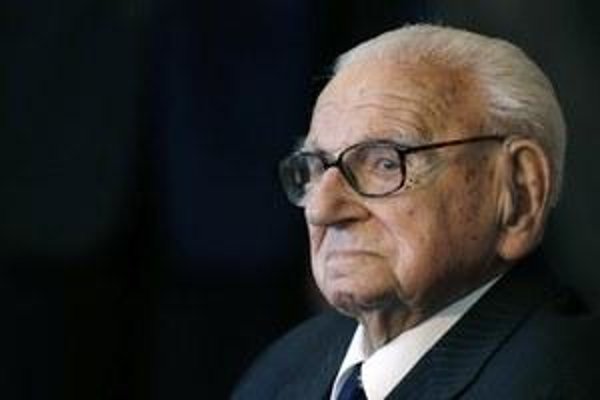 “Thank you, Sir Nicholas Winton, we will never forget. RIP,” wrote the Slovak President Andrej Kiska on his tweeter webpage citing his often-repeated motto: “If it’s not impossible, there must be a way to do it.”

Winton, also known as the ‘British Schindler’, was born to parents of Jewish-German origin in the UK. He studied banking in the UK, France and Germany, and after returning home he started working in a British-Czech bank. Before the war, he served in the Royal Air Force and was also active in the Red Cross.

In March 2003, Queen Elisabeth II lent Winton the Order of the British Empire, thus making him a Sir, the TASR newswire wrote.

Slovak film director Matej Mináč has directed three films related to his activities including the drama All My Loved Ones (1999) and the documentary The Power of Good: Nicholas Winton (2002), which won an Emmy Award.

In 2011, he directed the documentary film Nicky’s Family (Nickyho rodina) following the life stories of the children who were saved. Some of them also came from Slovakia.  The film project that was made in cooperation with Czech and Slovak public-service televisions has received around 40 awards.