Slovakia pushes through the voluntary principle

“A BIG diplomatic victory” – this is how Prime Minister Robert Fico described the results of the June 25-26 European Council summit in Brussels whose participants dropped a proposal to introduce mandatory quotas for resettlement of refugees. 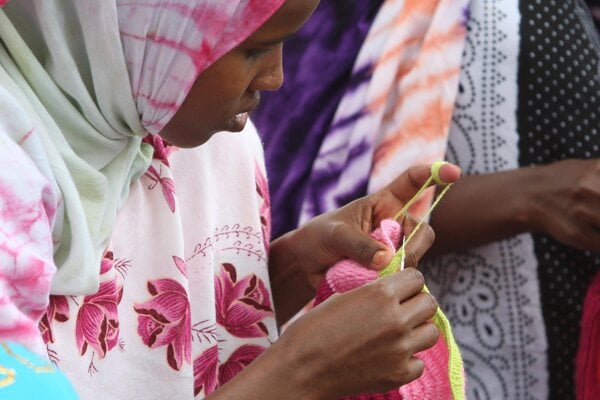 Slovakia, which was among the biggest critics of the European Commission’s plan, can now come up with its own proposal, and some ministers have already presented some ways to help countries struggling with the influx of refugees. But NGOs say the country should be more active when dealing with refugees.

“We’ve adopted decisions that allow EU-member states to take a voluntary approach towards the migration issue,” said Fico after the summit, as quoted by the TASR newswire. “Nobody will order Slovakia how many and what kind of migrants it should accept.” He added that the Visegrad Group (V4) has proudly resisted the EC’s pressure and has achieved what it wanted. The prime minister went on to say that they will lead a dialogue with the EC on a voluntary basis, and present Slovakia’s contribution.

“It will be our free decision, not a diktat, which didn’t have any support in Slovakia, either from the public or parliament,” Fico added.

Zuzana Števulová, head of the Human Rights League (HRL), an NGO, however, considers the results of the summit to have been full of contradictions.

“We do not fully understand how the EU countries will agree on the voluntary contribution or what it will actually mean,” she told The Slovak Spectator.

Based on information from an unnamed diplomatic source, Fico played a significant role in nixing the European Commission-led initiative to impose migrant quotas for EU countries at the latest European Council session in Brussels.

“It’s hard to ascertain which of the statesmen was the most emphatic in their statements, but the Slovak prime minister definitely put up the most vocal opposition to mandatory quotas on the resettlement of refugees,” said the source, reportedly close to European Council President Donald Tusk, as quoted by TASR.

Fico reportedly said several times during the talks on the night of June 25 that he would not leave the meeting unless a deal on the voluntary relocation of asylum seekers was struck. The Slovak delegation cited, among other elements, the conclusions from an EU summit in April in which a clause concerning a voluntary principle was included.

“He [Fico] put up the biggest fight I can recall on his part at any European Council session,” said the source. While all the V4 (Slovakia, the Czech Republic, Hungary and Poland) premiers came out against the quotas, Fico is said to have been the most “vocal” opponent.

“Solving the refugee and migrant crises is possible only by joining forces within the whole EU,” Foreign Affairs Ministry spokesperson Peter Stano told The Slovak Spectator, adding that the European Council agreed that Europe needs a “balanced and geographically comprehensive approach to migration based on solidarity and responsibility”.

The EU leaders promised that they will try to reach an agreement by the end of July to share out the refugees, but will take the specifics of the countries into consideration, Stano added.

Fico has meanwhile offered several ways how to help solving the refugee crisis. This includes humanitarian aid in form of medicine and medical aid, or sending doctors to Africa. Slovakia can also help relieve Italy and Greece which currently face the biggest influx of refugees and migrants to Europe.

“We can take several Christian families, we are ready to help solve the problem, but on the other hand we must protect the interests of our country,” Fico said during the political talk show Sobotné Dialógy (Saturday Dialogues) broadcast by the public-service Slovak Radio.

He went on to say that “we want to divide these people into those who come here for economic reasons and those who flee as they are concerned about their life” in order to help those who actually need it.

People coming to Slovakia will however be properly checked, Fico said, so we are sure “that no unit of the Islamic State is coming here”.

“I have to say that if somebody says we should be afraid of migration as it is security risk and that what happened in Tunisia can happen also here is dangerous and we should not do it,” Most-Híd chair Béla Bugár said at the political talk show O 5 Minút 12 (Five to Twelve) broadcast by the public-service Slovak Television. He referred to the June 26 terrorist attack in Tunisian holiday resort Sousse, which left 39 people dead.

Another form of help Fico mentioned was the creation of so-called safety zones in Libya where the refugees will receive medical help and would feel safe. He even mentioned sending EU soldiers to the area.

Meanwhile, the foreign and interior ministries presented ways in which Slovakia may actually help.

Interior Minister Robert Kaliňák said on July 1 that help for migrants could be carried out at three levels. Slovakia wants to increase the number of people within the so-called humanitarian transfer; help neighbouring Austria, which is struggling with overcrowded migrant facilities; and support the activities of Slovak charities focusing on Syrian Christians.

Slovakia should be more active

“We support comprehensive solutions that will solve not only consequences, but mostly the causes,” Stano said, adding Slovakia is ready to make an offer which will reflect its actual possibilities and capacities. “The solidarity is not only about relocating migrants, but it also has the form of humanitarian, financial, technical, and personnel aid.”

As part of the humanitarian transfers, which have been running since 2008, the country takes about 300 people every year, mostly mothers with children, from Eritrea, Syria, Somalia, and Afghanistan. They spend six months in Slovakia, and then continue to their target country, mostly the US or Canada, Marta Fabianová of the Interior Ministry’s press department told The Slovak Spectator.

The ministry plans to increase the number of people in transfers to 500, so it will be able to help up to 1,000 people in two years, “which is more than the quotas required”, Fabianová added.

Moreover, the country may help Austria, where the facilities for refugees are overcrowded, by offering temporary accommodation for asylum seekers. Kaliňák agreed with his Austrian counterpart Johanna Mikl-Leitner to take 500 asylum seekers who are currently staying in the cramped Traiskirchen camp south of Vienna. The first 50 asylum seekers are to arrive to Slovakia in July, with 200 more following in August and the remaining 250 in September, the APA newswire reported.

Though transfers or offering temporary housing can help some people, these are not permanent measures, Števulová said.

“We expect our government to propose a voluntary contribution which will be based on actual resettlement of people to Slovakia, which will become their target country,” she continued. “We have funds to integrate hundreds, or even thousands of refugees into society.”

Another group which Slovakia may help, according to Kaliňák, are persecuted Christian families with children from Syria.

“I estimate that it could be around a hundred people,” said Kaliňák, as quoted by TASR, adding that these families could be granted asylum in Slovakia.

Regarding the number of refugees the country can help, Foreign Affairs Minister Miroslav Lajčák expects that it may increase in the future as he launched talks with the churches and the NGOs.

“We ask them whether they are interested and are able to join,” Lajčák said after the July 8 government session, as quoted by TASR, adding that the details will be known the following week.

Churches can, for example, offer accommodation in their facilities, but they can also help to calm the negative language used by the public when talking about the migrants and refugees, the minister added.

Also Števulová however comes with the ways how to help the refugees. She suggests opening the legal ways for refugees to come to the country, which will also help in fighting smugglers, and offering education to Syrian and Eritrean students who could not finish their studies because they left. Slovakia could also offer medical treatment to people who are in refugee camps operated by UNHCR, who cannot be treated there.

Slovak authorities noticed a significant increase in numbers of illegal migrants coming through the country’s borders in late 2014 and this trend continues. Migrants are entering Schengen Area through the Hungarian-Serbian border and many of them head to Austria or try to reach Germany via Slovakia and the Czech Republic, said Interior Ministry spokesperson Martin Wäldl.

Most of the illegal migrants have been Kosovo citizens passing Slovakia in trains heading to the Czech Republic. Previously, migrants were usually detained by Hungarian police and asked for asylum there. However, they left and tried to get to Germany.

To prevent this secondary migration from Hungary, Slovakia increased controls in public transportation, particularly international trains and bus links as well as some roads crossing the Slovak-Hungarian border, Wäldl told The Slovak Spectator.