GREECE is not the first or only country over which default hovers, as for example, Puerto Rico is also unable to pay off its debts. 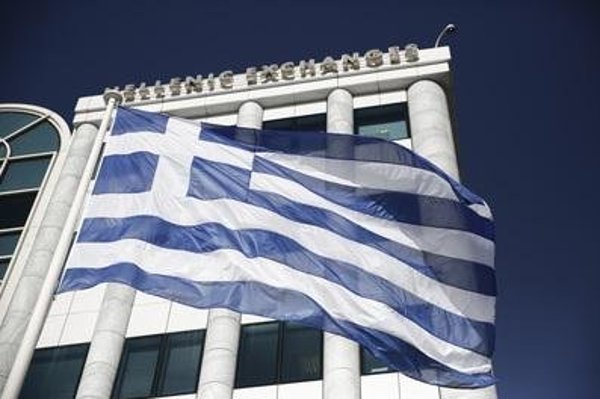 But contrary to the latter, Slovakia shares membership with Greece in the eurozone and has joined the European Stability Mechanism meaning that if Greece will not settle its debts, Slovakia will possibly pay a portion of it. But experts and analysts do not expect any big impacts on Slovakia.

“Developments in Greece will bring economic troubles, which will also have an influence on Slovakia,” Martin Vlachynský, analyst with the Economic and Social Analysis Institute (INESS) as cited by the TASR newswire. “It can be said almost for certain that we’ll lose some money that we guaranteed to Greece. In theory, the highest possible ceiling is more than €3 billion.” 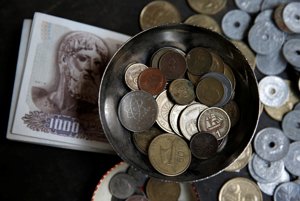 Vlachynský added that Slovakia probably will not lose this entire amount if Greece goes into bankruptcy, but only a percentage of this sum. However, economists and analysts recalled that this has already been included into the state debt and no serious direct impacts are expected.

“Provided that the first European bailout has already been calculated into the debt, we don’t expect any direct consequences [on Slovakia’s state coffers and debt]," said Ľudovít Ódor from the Council for Budgetary Responsibility (RRZ).

Ódor recalled that Slovakia has sent about €1.5 billion into the European Financial Stability Facility as a guarantee and that Slovakia holds a similar volume within the Eurosystem. Vlachynský added that settlement of the debts would be spread out over several years, and thus he does not expect any significant impacts on public finances, TASR wrote.

Michal Polák, who serves as an advisor to Finance Minister Peter Kažimír, said that the ministry is ready to respond to various alternatives.

“It still is the case that we want to retain the integrity of the eurozone as much as possible,” said Polák. “The impacts would be indirect, as we don’t have big trading ties, nor are our banks bound to the Greek financial system. We think that we’re capable of handling any situation that could arise.”

The opinion of Slovak Finance Minister Peter Kažimír is that if the Greeks decide to reject reforms in the upcoming referendum, Greek banks will probably never be open with the euro currency. The minister also confirmed that there is a group of countries, which includes Slovakia, that strongly demands that Greece should meet its obligations in regards to negotiations with the country.

“Our problem is that the legitimate Greek government, which was sitting with us at the negotiating table for five months, is now calling on the Greek nation to vote against [the reforms],” said Kažimír. “This is our key problem.”

After the conference call of finance ministers of the eurozone on July 1, Kažimír said that its conclusions confirmed Slovakia’s decision to wait for the outcome of the Greek referendum scheduled for July 5 before any further talks.

Gregory Claeys, analyst with the Brussels think tank Bruegel estimates, as cited by the Hospodárske Noviny economic daily, that each citizen of the monetary union would lose €600 on average in case Greece goes bankrupt. While France and Germany are the biggest creditors of Greece, these countries would be affected the most.

In terms of economy size, Malta holds the biggest guarantees towards Greece, almost 5 percent of GDP followed by Slovakia with about 4.2 percent. But experts believe that there should not be problems overcoming this risk.

The foreign trade between Slovakia and Greece is thin, while imports from Greece make up about 0.2 percent of the aggregate of Slovakia’s imports and the same share regarding Slovakia’s exports to Greece.