THE EUROPEAN Union wants to push its members towards a new waste scheme that it expects will bring new growth and also new jobs, but there are still questions surrounding the plan. 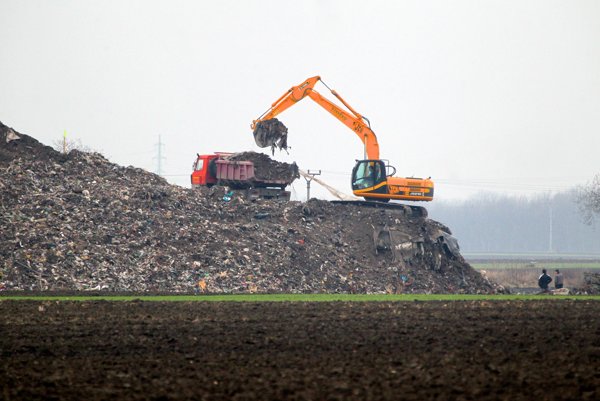 The circular economy project, i.e. reusing, repairing, refurbishing and recycling existing materials and products, will transform Europe into a more competitive resource-efficient economy, addressing a range of economic sectors, including waste, according to the European Commission, predicting as well that it will contribute to economic growth, new jobs and protect the environment, but also offer more permanent and more innovative products which will save costs and improve the quality of life, as cited by the Europskenoviny.sk website.

Not everybody, however, feels positive about the plan.

“The EC comes with a policy which is not promoted by other countries in the world, so it will achieve only partial success, but at the expense of very high costs,” Radovan Kazda, editor-in-chief of the Odpady-portal.sk website, told The Slovak Spectator.

Among the positive impacts of the circular economy system expected by the EC would bean additional 2-percent increase in GDP and creation of about two million new jobs in the EU. However, Slovakia lacks analysis of the effects of the proposed plan.

One of the first steps of the new-installed EC was to withdraw the already drafted circular economy measures package which was to support recycling. The reason was because the EC wanted to prepare a new proposal that would be more effective and more ambitious than the old one, explained Ingrid Ludviková from the EC Representation in Slovakia.

“This strategy should secure the transit to the circular economy with the aim to turn Europe into a competitive economy which will effectively use its resources,” Ludviková said.

Kazda welcomed the decision, saying that the EC set very ambitious aims which some of the countries did not welcome. Moreover, some even said that the aims would advantage some countries at the expense of others, he added.

The new plan is expected to be introduced in late 2015. Slovakia has already sent some comments to the proposals, including the request for clearer definitions of some terms, Stano said.

“A fundamental comment of Slovakia is the request to take into consideration the starting line of the member states to achieve recycling goals by 2030,” Stano said.

Kazda, however, questions the idea of more ambitious measures, saying they cannot be implemented without extensive, forced expenses on people as well as on production and business.

“Regarding the current economic condition of the EU which has problems with keeping its competitiveness with other developed and rising economies, the adoption of a stricter package could bring more harm to EU prosperity,” Kazda said.

Adopting the circular economy scheme will be a big challenge for Slovakia, especially regarding the ambitious aims in the waste management linked to separated collection of communal waste and the level of recycling such waste.

“This will mean a complete change when dealing with waste, with significant limits to landfilling,” Stano said, adding that the new waste law follows the same goals.

Parliament adopted the new law, which replaced the 13-year-old legislation, in March. It should teach Slovaks to separate and recycle and push Slovakia towards modern and cleaner Europe, as reported by the TASR newswire.

The new law, however, lacks the measures that should meet the goals of the circular economy, said Kazda. He pointed at, for example, turning away from using landfills which should be connected with higher fees for storing the waste there. Currently the fee for landfills belongs among the lowest in the EU, he added.

Moreover, the new law does not discourage people from taking biologically decomposable waste to landfills, or does not create conditions to eliminate so-called free riders, i.e. producers who avoid paying for the waste utilisation.

Kazda also questions the whole aim of the EC, saying it cannot be considered environmental as recycling, utilisation, separated collection and re-use of materials are energetically demanding activities. When looking at these high energy demands, the fulfilment of the aim which is to “save costs” is questionable, he said, adding that the fear from “sources exhaustion” does not even have an economically rational explanation.

“The effort of the EC for so-called circular economy is also in the opposite direction to effective and ecological ways of processing waste, like turning waste to energy (so-called combustion),” Kazda added.