THIS year’s pilgrimage to Mariánska hora (Marian Hill) in Levoča which attracted 600,000 of the faithful over two days was rounded off by a Holy Mass on July 5 celebrated by Cardinal Stanislaw Dziwisz, archbishop of Krakow and former secretary to Pope John Paul II. 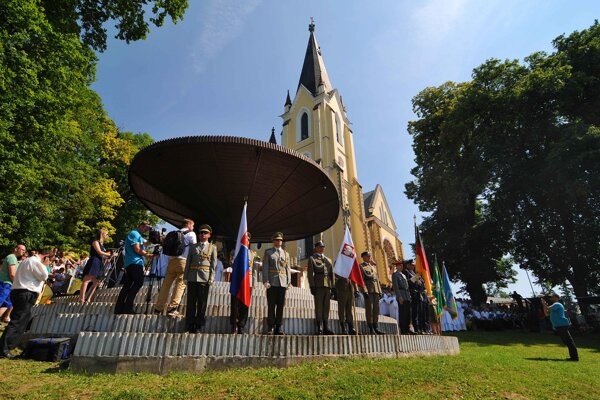 In total, more than a million visitors came to the Marian Hill over the whole week preceding the Sunday celebration, Levoča dean and priest František Dlugoš told the SITA newswire.

The pilgrimage centred around the 20th anniversary of John Paul II’s visit to Slovakia as well as prayers for the institution of the family. The 2015 pilgrimage was also dedicated to the Year of the Consecrated Life as announced by the current Pope, Francis I.

Host of the pilgrimage Jozef Lapšanský said for the TASR newswire that Cardinal Dziwisz spoke about his relationship with John Paul II, noting the former pope’s belief as early as in 1984 during the communist-era Czechoslovakia that he would visit Mariánska hora one day. 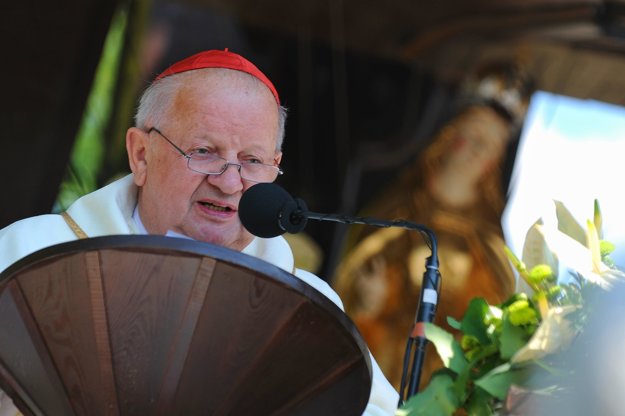 Slovakia’s oldest pilgrimage, linked to the Feast of the Visitation of Our Lady, has been taking place on the hill overseeing the city of Levoča in the Prešov region since the Mongol invasion in the 13th century – as a thanks for their departure and the city’s survival. The site saw the biggest pilgrimage ever in 1995, when it took place in the presence of John Paul II, with some 650,000 people attending.

The day on which the Levoča pilgrimage culminated, July 5, is a state holiday in Slovakia, commemorating the arrival of Byzantine missionaries, Saints Cyril and Methodius to the territory including a part of current Slovakia in 863. They brought Christianity, while also offering masses in Slavonic language – understandable to local common people, unlike Latin – and inventing a special script, Glagolic.

Thousands of people from across Slovakia paid tribute to them at a nationwide pilgrimage in Nitra. The main celebrant of the ceremonial mass on Svatopluk Square in the centre of Nitra was Apostolic Nuncio of the Holy See to Slovakia Mario Giordana who conveyed greetings from Pope Francis.

Giordana emphasised, as quoted by TASR, the importance of the mission of the two Byzantine brothers for the whole of Europe, pointing to the unchanged character of values represented by Cyril and Methodius despite the passing of centuries.