THERE are several scenarios which may follow the Sunday referendum in which Greeks overwhelmingly voted against conditions for a rescue package, but Slovak Finance Minister Peter Kažimír does not believe that refusal of reforms will mean easier access to money. 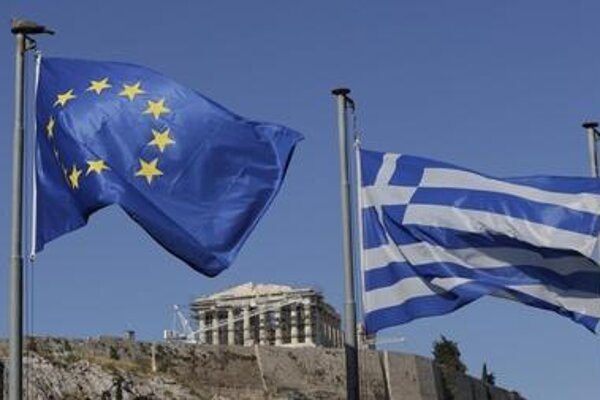 “With the result of the referendum there arrives a possible crisis scenario of a gradual departure of Greece from the eurozone,” said Slovak Finance Minister Peter Kažimír as cited by the TASR newswire, adding that he respects the decision of people in Greece. “Rejection of reforms by Greece cannot mean that they will get the money easier.”

In Sunday’s referendum, 61.31 percent of attendants voted against conditions for the rescue package, while 38.69 percent voted for. After results of the referendum were announced, Greek Finance Minister Janis Varufakis resigned from his position. He was concerned that he would not be welcomed at negotiations of the so-called euro group and he believes that without him, Prime Minister Alexis Tsipras has greater chances to achieve a deal with creditors.

“We perceive resignation of the Greek finance minister also as a confirmation that he cannot fulfil what he has promised,” said Kažimír. “This means that he cannot open banks today and secure an agreement with creditors within 24 hours.”

According to economic analysts, chances of Greece remaining in the eurozone have decreased, with Ronald Ižip from Trim Broker estimating them at 20 percent. Mária Valachyová, analyst with Slovenská Sporiteľňa, also believes that the results of the referendum increased the chances that Greece would go bankrupt and leave the eurozone.

“This scenario looks to us as more probable than an agreement about a new rescue package,” Valachyová wrote in her memo. “It will be quite difficult to persuade European leaders to agree with writing off Greece’s debt and simultaneously with the country remaining in the eurozone, especially because of concerns that other countries might opt for a similar approach.”

Kamil Boros, analyst with X-Trade Brokers, does not fully exclude an agreement between Greece and creditors. Other possible scenarios are creation of a parallel currency or the fall of the Greek cabinet, according to TASR.

The Christian Democratic Movement (KDH) and the Most-Híd party perceive results of the referendum as preferring populism in Greece.

“The referendum only confirmed that populism continues to prevail over responsibility in Greece,” Béla Bugár, Most-Híd chairman, wrote in his response. “Now it is the task of representatives of the eurozone and the EU to take an uncompromising stance during further negotiations with the Greek government. Greece should bear the consequences for its irresponsibility.”

According to Ján Figeľ, chairman of KDH, the only certainty in Greece after the referendum is uncertainty, adding that Greeks were deciding between populism and the euro.

“The decision, by which they confirmed the so-far line of the populist leftist cabinet, which does not have solutions for its own country, is a path into a total unknown,” said Figeľ as cited by TASR. “But today Slovakia, the EU and the eurozone are prepared for scenarios which have not existed before, including a potential departure of Greece. This is because there is not seen any determination for real changes.”

In spite of the current situation, Figeľ does not think that Slovakia's approval of the Treaty establishing the European Stability Mechanism (ESM), the permanent rescue fund proposed by eurozone countries replacing the European Financial Stability Facility (EFSF) was a mistake. A parliamentary vote in October 2011 on the EFSF, a plan that European leaders had signed on to in July 2011 to calm increasingly jittery global financial markets, led to the downfall of the government of Iveta Radičová.

“It was necessary that Slovakia managed its part of the responsibility,” said Figeľ. “But nobody helped Robert Fico to power as Richard Sulík.”

He recalled that it was Richard Sulík and his Freedom and Solidarity party (SaS) that refused to support changes to the EFSF even after former prime minister Radičová turned that vote into a vote of confidence in her government, of which SaS was a part.

“His stance on the bailout fund was a demonstration of immaturity also with respect to the following developments,” said Figeľ, adding that he is convinced that if the eurozone had not acted so briskly and robustly, a potential fallout would not be a question only in the case of Greece, but also Italy, Spain or Portugal.