THE DONOR website ĽudiaĽuďom exceeded the magical threshold of €1,000,000 donated, in mid May. 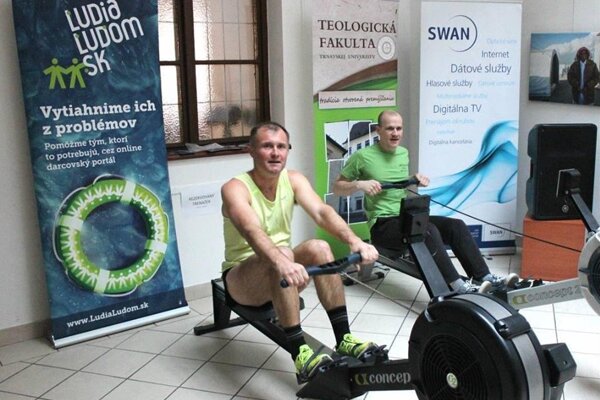 In almost five years of the website’s operation, more than 24,000 donors used the chance to support calls for help, and sent almost 40,000 donations, the website informed in its press release.

“We thank not just the donors, but all who believed in our project and who stood by it,” Roland Kyška, head of the Ľudia Ľuďom non-profit organisation, said. “For us, each and every one who in any way contributed – with a donation, by sharing the calls on social networks, or by spreading the good name of the project – matters.”

The ĽudiaĽuďom website is a universal online system of donating, open for all people, families in financial dire, non-profit or non-governmental organisations, schools, or self-administrations. The whole financial contribution that a donor decides to offer to a call for help goes to the specific beneficiary.

Part of the website is formed by independent platforms that help mediate volunteering jobs.

“The most successful of them include, e.g., Christmas in Summer (Vianoce v lete), cooperation with Vilo Rozboril on his TV show In Seventh Heaven (V siedmom nebi), or the project Rowing for Syria (Veslovanie pre Sýriu), in which the money collected not only through the ĽudiaĽuďom website, but also directly at a 24-hour event of rowing on a row simulator was sent to the construction of clinic in Deir Mar Elian province,” the website’s PR manager Natália Báreková informed.