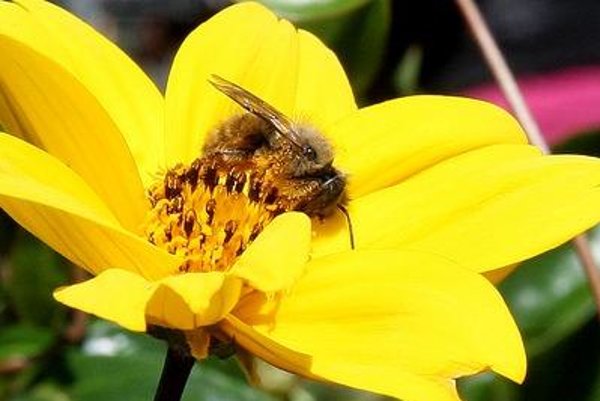 Miroslava Hunčíková of the the Svetielko Pomoci (Light of Help) organisation which supports families with cancer-stricken children was named the Philanthropist of the Year 2014 and the author of the Cristal Wing award, Maria Vaškovičová, was introduced into the Donor's Forum Hall of Fame for her long-time activities in philanthropy. The highest award TOP Corporate Philanthropist went to the Prvá stavebná sporiteľňa construction-saving company and GlaxoSmithKline.

A novelty of the annual event was awarding the most successful project in fundraising for projects, individuals and companies that have helped collect financial resources to help others. Here, the joint project of Greenpeace Slovensko and the non-profit organisation Živica – Adopt a Bee! (Adoptuj si včelu!) won. The project focuses on acute saving of beehives in Slovakia, Gabriela Patkolová of the Donors’ Forum informed the TASR newswire.

Svetielko Nádeje offers material help and mental support to families with children with cancer in Košice and Prešov regions.

“When I experienced on my own how it is to fear for the life of your ill child – and not to know how handle it mentally, physically but also financially, I came naturally to the decision to help parents in a similar situation,” Hunčíková said. “The award is a motivation for me to continue; often, a few encouraging words or to hold a hand silently is enough to help someone.”

Nominations are sent in by representatives of non-profit organisations, companies and individuals. Its goal is to point to people who help to develop culture and the mission of donations in Slovakia.

“Philanthropy is a lifestyle – a path that everyone chooses on his own,” CEO of the Donors’ Forum, Soňa Lexmanová, told TASR. “It is not just about money or vain gestures: many people help without letting others know. The evidence is also the laureate of the Philanthropist of the Year 2014 who received historically the biggest number of nominations we have received from the public so far.”