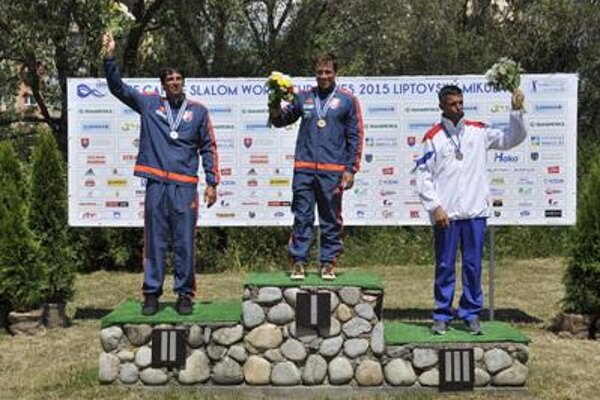 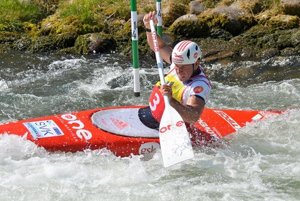 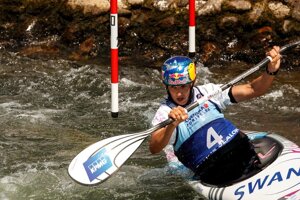 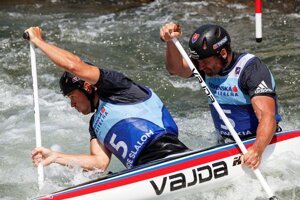 “This is maybe five centimetres,” said Martikán, for whom this was his 19th triumph at a WC event, as cited by the Sme daily. “It is fantastic when you win at home. These are the most beautiful races during this season.”

Silver was not a disappointment for Slafkovský as the results of this event have not been included into the internal Slovak qualification for the Olympic Games in Rio de Janeiro.

“This is probably the narrowest loss in my career,” said Slafkovský.

Qualifying will start only in August, while an exciting competition between Martikán, Slafkovský and Matej Beňuš for the only spot for the Olympics is expected.

Bad luck followed Beňuš, the winner of the previous WC event in Krakow, this time in Liptovský Mikuláš when he failed to advance to the finals after he broke his paddle.

“I am very disappointed,” said Beňuš. “I led at three quarters of the track, but three gates before the goal I hit a stone in shallow water and broke the paddle and it was impossible to do something with it.”

Dukátová did not expect the victory when she was the last kayaker advancing to the finals in the K1 category.

“It was nerves from the very beginning; I did not expect that I would win,” said Dukátová.

In the C2 category the Hochschorner twins, already holding four Olympic medals, won a WC event after almost two years, while they participated in the final only after they successfully protested against two penalty seconds.

“Probably for the first time in our career they accepted our protest,” said Pavol Hochschorner. “We are at the highest stand after a long period of time; it is a great pleasure.”