One in five Slovaks dependent on computers

A SIGNIFICANT portion of Slovaks cannot imagine their life without computers, the internet, or mobile phones according to a recent survey. 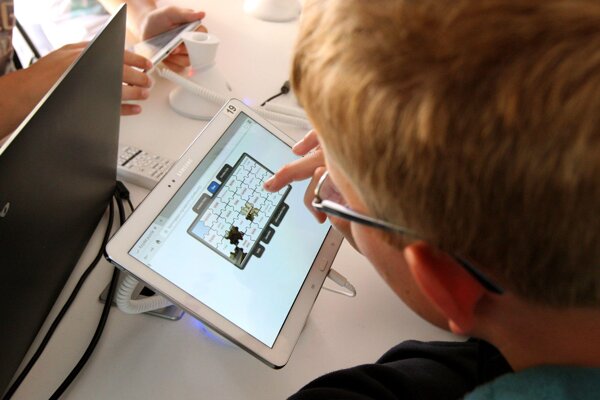 Despite the positive trend of improving the digital skills, another one-quarter of people refuse to learn and adapt to modern technologies, according to the survey carried out by the Institute for Public Affairs (IVO) think tank on 1,083 respondents older than 18. The inquiry is part of the Digital Literacy in Slovakia project.

The dependency on modern information and communication technologies threatens particularly young people aged 14-36 including students, entrepreneurs with university education, and people with mental, not manual, jobs knowledge workers . As many as 35 percent of respondents noticed various symptoms of addiction on their relatives, acquaintances and friends. Dependent people do not eat and drink enough, have headaches, cannot sleep well, and have problems to accomplishing their duties, SITA wrote.

The survey also showed that the dependency becomes the problem of the whole society, which is proven by the more frequent use of the internet. While in 2013 about 31 people older than 14 years of age used the internet every day, now it is 49 percent. While ordinary people spend one-two hours a day online, the dependent spend there more than three hours.

“The time comes when we will look for the answers what time spent in the cyberspace is bearable and how we will fulfil it,” said Marián Velšic, the author of the project, as quoted by SITA, adding that it may also happen that some people will refuse to spend their time with modern technologies.

The current trend, however, is that people use the information technologies in their life more often. During the past 10 years, the share of those who consider the role of IT in their lives “very important” or “rather important” has increased from 51 to 61 percent. Also older generations or people from the countryside become aware of their importance, which can be seen changes in their attitude to online purchases, internet banking, advertising, and communication with official bodies, SITA wrote.

Among the most serious problems caused by the computers and the internet is the lack of physical activity, cybercrimes, the alienation of people, loss of personal contact, and accessing dangerous and harmful content. Moreover, about 16 percent of respondents worried that people have stopped using their own brain and rely on the modern technologies, while 17 percent see internet dependency as dangerous. About 6 percent point to a “digital gap”.

“One of the interesting findings is that the intensive discussions about the internet, the personal freedom, and human rights which are going on in western countries do not resonate in Slovakia much,” Velšic said, as quoted by SITA.

Another trend revealed by the inquiry is that mostly people of middle age, with low education and those with manual job unskilled labourers  reported an increase in learning and adapting to the modern technologies. Only about every sixth person has difficulties with learning to use the ICT.

In addition, despite the positive trend of improving the digital skills, one-quarter of people refuse to learn and adapt to modern technologies. The main reason is more difficult access to the computer and the internet, but also because people are not forced to learn how to use them. This group includes mostly the people older than 60, those with low education, the unemployed, the people from socially weak environment, and the inhabitants of small villages, SITA reported.