SLOVAKIA must pay out €2.25 million to the owners of some flats to compensate for past rent regulating policies, the European Court of Human Rights (ECHR) ruled July 7. 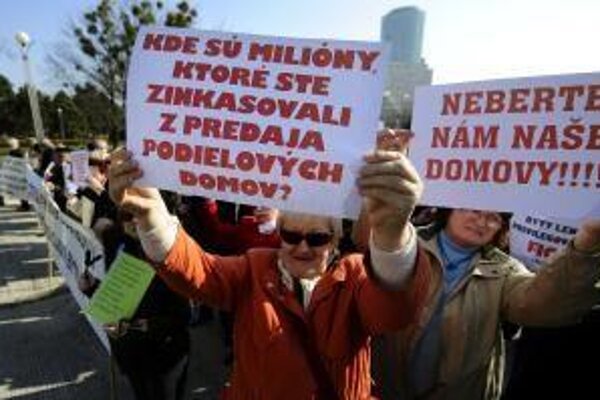 The protest against cancelling the regulated rent in restituted buildings held in front of the Government's Office back in 2011. (Source: TASR)
Font size:A-|A+0

Altogether 21 Slovaks will now receive the compensation, but less than what they had requested. The court stressed in the ruling it is not bound with the expert opinions translated from Slovak. It decided that they will obtain together €2.17 million as a compensation for pecuniary and non-pecuniary damage, the TASR newswire reported.

The ECHR judges only decided about the compensation, as the court already ruled last January that Slovakia violated the human rights of the flats’ owners when it had regulated the rent. It was the first ruling issued in the case. ECHR is still scrutinising another 13 similar complaints submitted by more than 170 people.