Protest against immigration moves to Žilina

THE SECOND protest against the influx of migrants to Slovakia will take place in Žilina on July 11, though the European Union has already rejected the mandatory quotas for refugees. 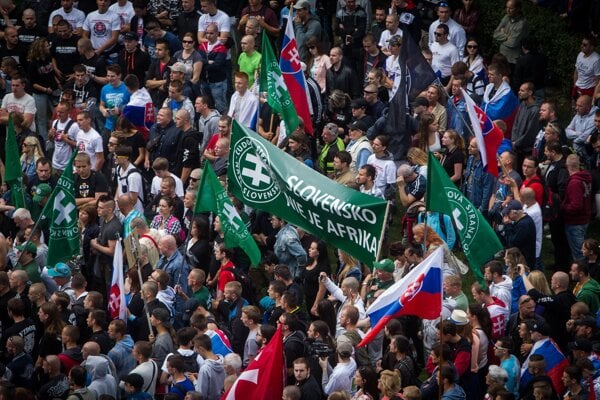 The event is organised by the People’s Party – Our Slovakia party whose elected leader is Banská Bystrica Region’s Governor Marian Kotleba. In the past Kotleba was the head of the ultra-nationalist party Slovenská Pospolitosť that was ordered to be disbanded by the Supreme Court, the Sme daily reported in its July 8 issue.

The protest in Žilina will take place only three weeks after the demonstration in Bratislava. At the time the police detained 140 extremists.

The town of Žilina permitted the protest.

“The current valid legislation does not give us a possibility to ban the gathering,” town’s spokesperson Pavol Čorba told Sme, adding that both local and state police officers will monitor the situation. 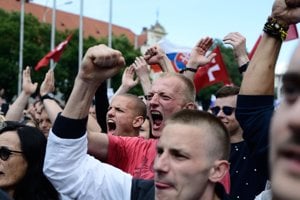 The law on gatherings in municipalities stipulates that towns or villages can ban the rally only in special cases, for example when human rights may be breached. The municipality, however, cannot ban the gatherings for preventive reasons, said lawyer Peter Wilfling.

“It should be clear from the notifications that the aim of the rally is to suppress rights and call on violating the laws,” Wilfling told Sme.

Meanwhile, Žilina Mayor Igor Choma said that though they cannot ban the gathering, he himself disagrees with any expressions of aggression and racial hatred.

“The protest of people should not be misused for political promotion of a certain group, but should demonstrate their belief,” Choma said, as quoted by the TASR newswire. “Thus I call on organisers and participants of the rally to observe the laws and the public order and peaceful course of the planned gathering.”

In case of any violation of laws, the police are ready to take action, Choma added.