Ludovika Energy gets another negative answer from the ministry

THE ECONOMY Ministry says it considers a memorandum on cooperation signed with European Uranium Resources (EUU), a company which planned to mine uranium in the Jahodná resort near Košice, impracticable and that there is therefore no need to terminate it. 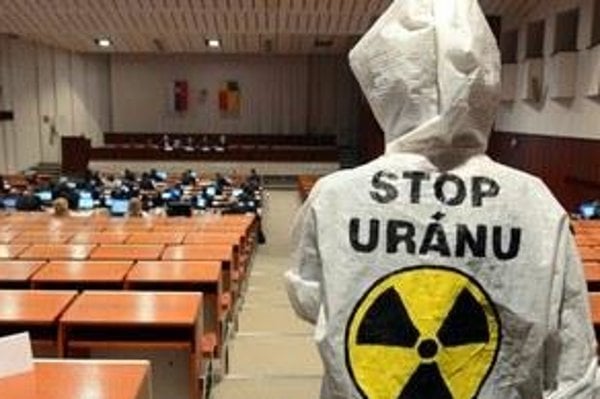 The ministry was responding to a call by Košice activists who had demanded the termination of the memorandum, the TASR newswire reported.

The document was signed in December 2012. At the time, the Economy Ministry claimed it needed to obtain control over the strategic uranium ore deposit. EEU, the Canadian company which acts in Slovakia through its subsidiary Ludovika Energy, wanted to start mining in the area and has already carried out a geological survey there. However, the situation changed in April when the Environment Ministry did not allow Ludovika Energy to prolong its permission to survey the area. 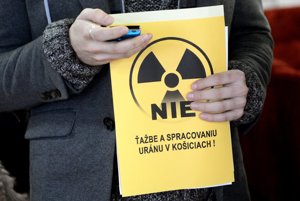 Read also:Uranium deposit not to be probed Read more

Moreover, the ministry has recently turned down another request by the firm, which wanted to carry out a survey of so-called rare earth metals there, as reported by TASR.

Earlier this week the activists from Košice called on new Economy Minister Vazil Hudák to terminate the memorandum as soon as possible.

“It is at odds not only with the valid geological law prohibiting the mining of radioactive ores, but particularly the constitutional rights of citizens,” Ladislav Rovinský from the Slovak Union of Nature and Landscape Conservationists said, as quoted by TASR.

The ministry has still not terminated the document, though it has received several calls from conservationists, as well as Košice city councillors and regional deputies.

The Economy Ministry responded that by signing the memorandum in 2012 it only demonstrated that the steps of the involved parties, which were to be carried out within the projects, would be legal and transparent.

“The memorandum is not a kind of ordinary, binding legal relation and it does not give any commitment to Slovakia,” Michal Dzurjanin from the ministry’s press department said, as quoted by TASR. “Its wording is not at odds with any law.”

There is, however, the amendment to the law on geological works from June 2014 which prohibits the mining of radioactive ores if the inhabitants of the affected municipalities express their disagreement in local referendum, the ministry said. It also referred to the decision not to prolong permission for the survey of the Čermeľ Jahodná area.

“Based on these facts the Economy Ministry considers this document impracticable, without the need to terminate it, as its impracticability stems from the valid legislation,” Dzurjanin said, as quoted by TASR.