Young imperial eagle will be given for adoption

THE ACTIVISTS from the Raptor Protection of Slovakia will offer an approximately 60-day old imperial eagle for adoption to a couple which already has its own offspring of probably the same age. 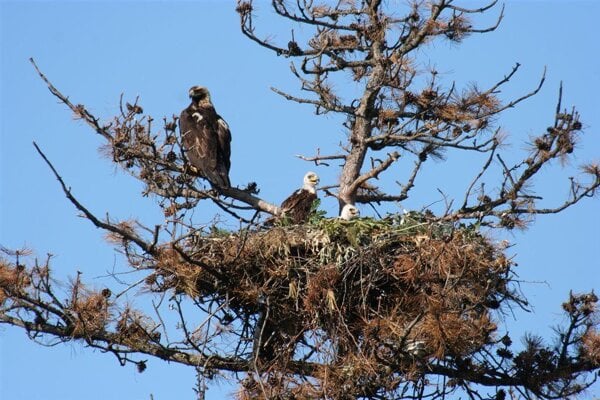 The young eagle was left by its parents in its nest due to the extensive logging near the village of Štitáre (Nitra Region), the SITA newswire reported.

The members of Raptor Protection of Slovakia noticed the logging which took place very close to the nest in early July. The workers were removing entire trees with their roots, which resulted in noise and extensive dustiness. As a result, the adult imperial eagles left their young.

Since they did not return to the nest, the activists were feeding the young eagle which stayed in the nest, but when the temperatures increased they decided to take it away.

On July 9 they plan to take the young bird to another nest where an imperial eagle couple is raising their offspring and will watch whether they will accept it.