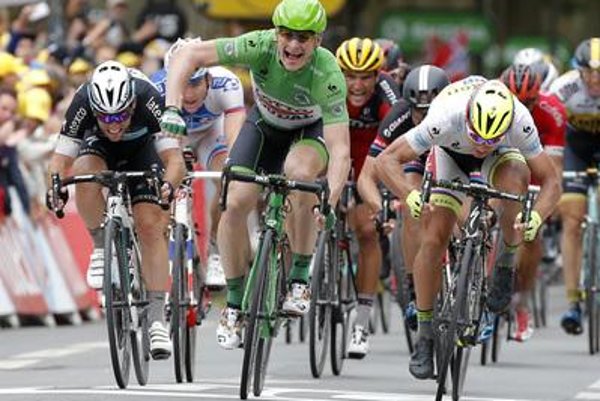 Sagan, racing for the Tinkoff-Saxo team, had ended up second on 12 occasions, and is looking for his first victory since July 5, 2013. He is now fourth in the overall chart, with German Tony Martin retaining the overall leader's yellow jersey. However, Sagan still holds the white jersey for the best racer under 25.

The fifth stage led from Arras to Amiens Métropole and was mostly flat and 189.5 km long. Mark Cavendish ended third. The Wednesday ride was marred by several crashes and injuries, the Sme daily wrote.

“It was quite a crazy stage,” Slovak commented, as quoted by the Pluska.sk website. “It rained, wind blew, and it changed constantly.”

It is really crazy, as all want to be in the front, all want to fight the best position. This can be seen nowhere, only at the Tour, he added. “In the finish, I was quite delayed, maybe on some tenth position, when I started to sprint fully. It’s a shame. I surely don’t think that Greipel could not be beaten.”