COUNTRIES in need will not receive the development aid from Slovakia as of next January, but rather from a separate development cooperation according to a new law proposed by the Foreign Affairs Ministry. 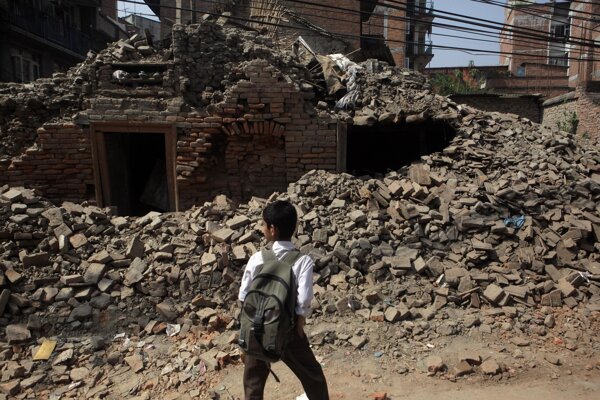 The draft law changes not only terminology, but also the series of other laws. There have been several significant changes since 2007 when the first law on the official development aid was adopted, the ministry explained.

“The current legislation does not suit the needs of modern development cooperation, it does not properly adjust its tools, and in case of subsidies it is inflexible and limiting,” the ministry said, as quoted by the TASR newswire.

Under the current rules, the Foreign Affairs Ministry serves as the national coordinator of the development aid, while the Interior Ministry deals with the humanitarian aid. The new law defines also other entities that will participate in carrying out Slovak development aid, mainly non-governmental organisations, companies, and scientific and research institutions. Moreover, also foreign NGOs will probably be allowed to take part.

“Our development aid organisations are afraid that they might be disadvantaged as they have fewer experiences with providing the development aid,” Foreign Affairs Minister Miroslav Lajčák said, as quoted by TASR.

The Foreign Affairs Ministry has already discussed with the Finance Ministry and the development aid organisations the ways to increase the aid subsidies to €15 million, so also the foreign NGOs will be interested to join in. Currently annual aid amounts to €5.5-6 million.

The plan however is to increase the amount. The ministries of foreign affairs and finance have already agreed on increasing the money allocated for development cooperation by 10 percent every year, as reported by TASR.

The new draft law stipulates that the aid will be carried out in the form of donations, financial transfers, contracts, donations of moveable property, scholarships, the writing-off of debts, and the provision of favourable export credit among other measures.

The government would also decide whether to write off a debt owed by a partner country completely or partially based on a proposal from the Finance Ministry, which will assess the effect on the budget deficit. If a debt is forgiven, an international treaty will be signed with the country concerned, TASR wrote.