In search of advisor for SE deal

SLOVAKIA will enter the sale process of the majority share in the dominant power producer Slovenské Elektrárne (SE) held by the Italian energy group Enel. 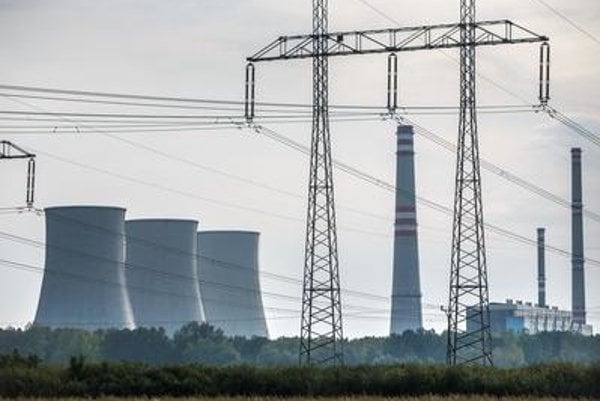 The Slovak cabinet on July 8 charged the Economy Ministry with the job of looking for an advisor whose task will be to elaborate an analysis to assess the possibility of an increase of the state’s share in SE. For now the state holds 34 percent in SE and the majority share of 66 percent is held by Enel.

“With regards to the fact that the matter is complicated and the decision about the next strategy must support a condition sustainable in the long term, also with respect to the fact that SE is a strategic energy company, it is necessary to assess all the matters in a complex and expert way and from more viewpoints,” the Economy Ministry wrote in a paper about the state of the majority stake sale.

On the basis of such an assessment, it will be possible to propose variants of the solution and assess estimated impacts, either positive or negative, with the aim to recommend the best solution to the cabinet.

The document the cabinet dealt with on July 8 does not contain any recommendations for the cabinet about whether to buy SE shares and, if so, whether to buy the whole offered package of 66 percent or just a portion. The alternative, of acquiring only 17 percent and thus increasing the state’s stake to 51 percent, has been mentioned in the past.

The Economy Ministry, led by Vazil Hudák, concluded in its document that the current state of relations with SE and the desire by Enel to sell at least some SE shares by the end of the year to ease the finances of the whole energy group, creates an advantageous position for the Slovak side at the beginning of the negotiations.

Two investors are officially interested in the 66-percent share of SE. These are the Czech-Slovak group Energetický a Průmyslový Holding (EPH) and the Hungarian-Slovak consortium MOL/Slovnaft/MVM. Finnish company Fortum, which was mentioned as a potential buyer too, has neither confirmed nor denied its interest. China National Nuclear Corporation (CNNC) is also reportedly pondering its participation in the competition for the majority share in SE, the SITA newswire wrote.

Italy’s Enel announced the sale of its stake in SE and other assets in 2014 as part of efforts to cut its debt load.