THE BIGGEST Slovak exhibition exploring not as much the contemporary as the past equipment of firemen attracted many visitors in the small town near Bratislava, Šamorín. 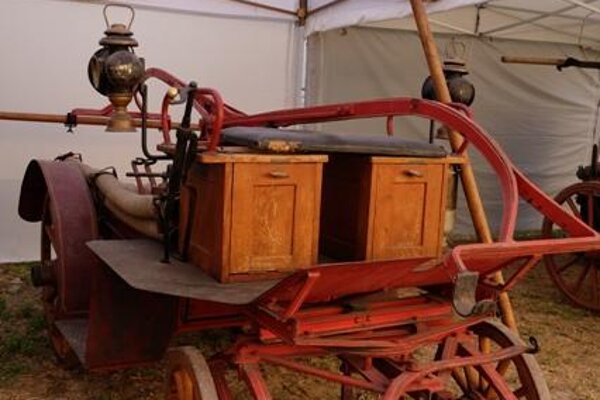 It was an international event, called “This Is How our Ancestors Extinguished” and it presented carriages, ladders, hoses, tanks and cars/trucks from Slovakia, the Czech Republic and Hungary, from the end of the 19th century to the mid-20th century.

By the end of June, one whole weekend in Šamorín saw more than 110 exhibits – with 12 out of that being cars dating back to some time between World War I and World War II – as organised by the Volunteer Fire brigade from Šamorín. T

he fire-extinguishing equipment was arranged in the Main Square, with part being placed in the courtyard of the historical building Korona, which also includes a temporary fire-brigade museum, the town’s mayor Tibor Pogány informed the TASR newswire. Also the courtyard of the fire station housed a big part of the exhibits, especially those made after 1960. 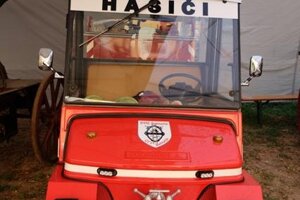 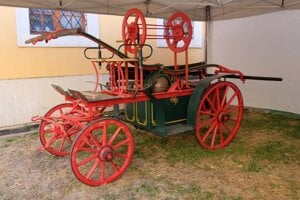 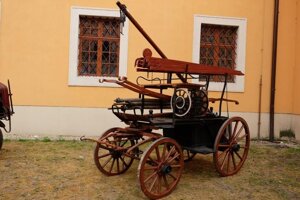 It seemed that the most attractive fire cars and equipment included a horse-drawn fire-extinguishing device  from 1912, a steam car from Czech town of Veľký Uherec (from 1883) and a Mercedes fire car from 1939. The last car was originally made in only three versions, out of which a single car has survived – it made it all the way from the Czech village of Bojkovice on its own.

The equipment produced in between the two world wars by the Neugebauer company was checked by the family descendants, the grand- and great-grand son of the original owners. 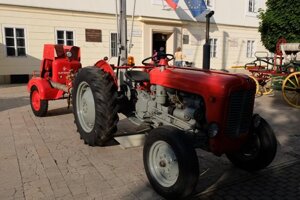 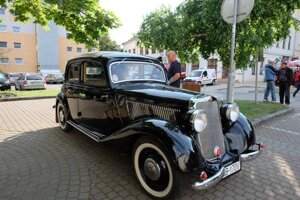 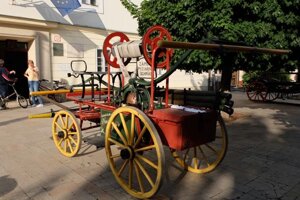