COMMEMORATING International Roma Day, children from the Slovak village of Vtáčkovce, in Košice Region in eastern Slovakia, exhibited their photographs in the University Library in Bratislava. 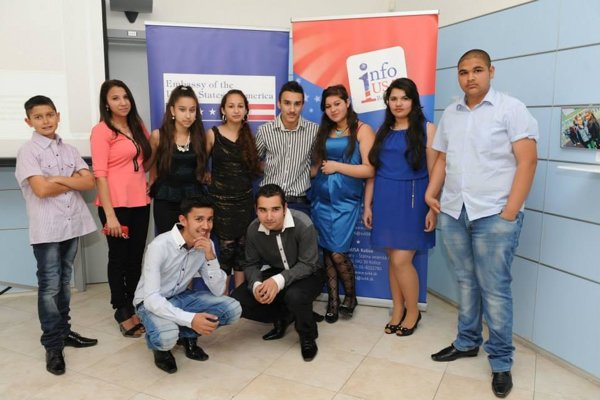 Participants of the photo projects from Vtáčkovce. (Source: Courtesy of the US Embassy)
Font size:A-|A+0

Between April 8 and 29, the works of children tutored by US photographer Matthew Stackowicz were available to view in the historic library building. The exhibition was opened by then deputy US Ambassador to Slovakia Norman Thatcher Scharpf, the SITA newswire wrote.

The US Embassy has been commemorating this international holiday with various activities. The goal of this specific project was to teach children how to tell their stories through photos, Scharpf explained. The pictures show the power, creativity and the spirit of the children, he added.

The embassy believes it is important to support activities contributing to the preservation of cultural heritage, the deputy US ambassador said, adding that such activities can be music and dance – but also taking photographs.

Stackowicz, who has been working on similar projects in the Middle East, Latin America and Europe since 2010, came to Vtáčkovce in September.

“It was great working with children, as they can understand the process better than anyone else,” the photographer said of the project. “They are not afraid to lie down on the ground to make a photo. They want to express themselves, and to learn.”