US culture in Slovakia

NOBODY can doubt that US culture is strongly represented worldwide and Slovakia is no exception. However, some genres, artists and works of art are not so omnipresent or self-evident so the US Embassy has been taking action and offering support for these less-known aspects of American culture. 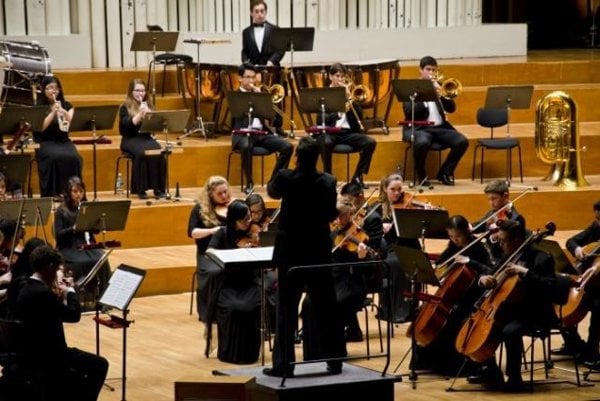 It naturally also works the other way round – Slovak artists and performers have been encouraged to present their works either at the US ambassador’s residence as well as in the USA. 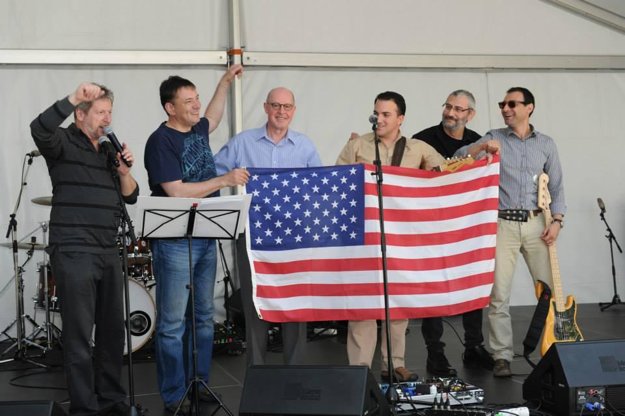 The "Open Day" at the US Embassy in Bratislava, May 16, free grouping Philanthropy Band (ambassadors + politicians + analysts) performing. (Source: Courtesy of the US Embassy )

Music is one of the elements richly presented in Slovakia. “We appreciate the high level of interest among Slovak audiences in American culture and music and we have traditionally supported a number of musical projects here,” Stephanie Fitzmaurice, spokesperson of the US Embassy to Slovakia, told The Slovak Spectator. “We helped sponsor Xavier Jara’s performance at the recent International Guitar Festival of J.K. Mertz in Bratislava; and we also sponsored the recent tour by the popular Chris Byars Jazz Quartet that performed and gave workshops in Bratislava, Brezno, Kežmarok, Kokava nad Rimavicou and Lučenec. Their performance in Bratislava also features a jazz quartet with a Roma children’s choir led by Vladimir Sendrei.” 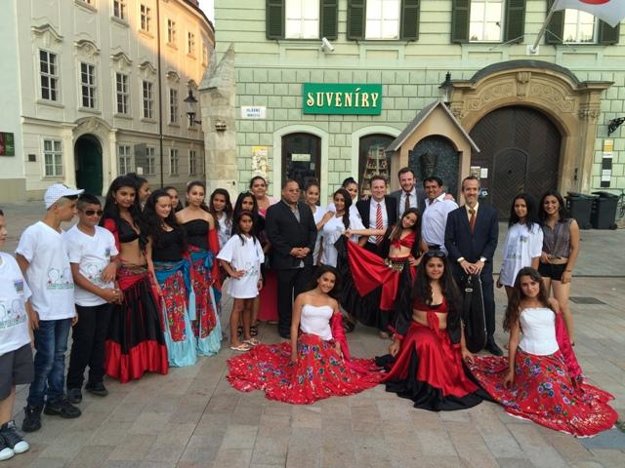 Chris Byars Quartet with Cerchenora (Source: Courtesy of US Embassy)

The Museum of Trade in Bratislava will host various American musicians in a series of rock concerts throughout the year and there will also be a Bluegrass music festival from October to November with award-winning singer-songwriter Dale Ann Bradley, the embassy spokesperson said. Recently, the US Embassy has provided support to bring newer forms of American music and dance. In July several American dancers and DJs will attend Outbreak Europe, an international hip-hop and break dancing festival in Banská Bystrica. The embassy traditionally supports American performers at the two premier music festivals in Slovakia, the Bratislava Music Festival and Bratislava Jazz Days, Fitzmaurice added. The gigs at the Museum of Trade include hard-rock Marco Mendoza Band and Michael Angel Batio and blues-rock guitarist and singer Jared James Nichols.

US performers who have visited Slovakia in recent months include the Branford Marsalis Quartet and Cassandra Wilson in Bratislava, Mike Parker Trio with Bartek Prucnal in Dolný Kubín, Michael “Patches” Stewart in Nové Mesto nad Váhom, The Golden Voices of Gospel in Žilina and American Divas in Košice. Artist Ashley Bell Clark also presented her mixed-media exhibition/performance in Bratislava.

The Orange County School of the Arts Symphony Orchestra played in Bratislava on June 21 – supported by the US Embassy – with the receipts going to the Foundation for Cancer Research. Young Americans, conducted by Christopher Russell, performed works that revolved in some way with the issue of war and military – works by Bohuslav Martinú, Haydn, Dmitry Shostakovich and “Decoration Day” by Charles Ives. 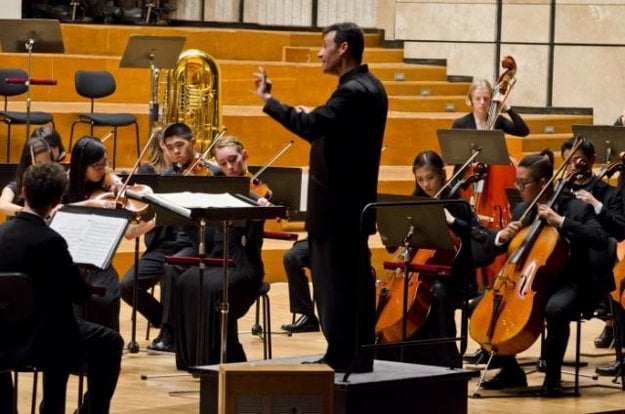 Slovaks perform at US Embassy

Apart from events for the public in various venues around Slovakia, the US Embassy occasionally organises concerts at its ambassador’s residence, like the February evening of chamber music with Slovaks Peter Breiner (piano), Stano Palúch (violin), Boris Lenko (accordion) and Milan Rendos (fujara). 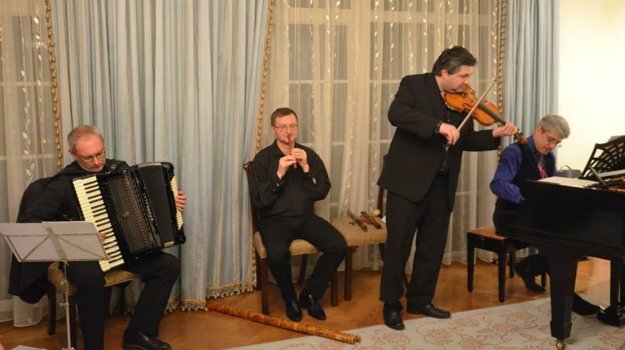 Concert of Pavol Breiner in the US residency (Source: Courtesy of US Embassy)

“This year, US Ambassador Theodore Sedgwick hosted in his residence a diverse collection of events by Slovak artists, all of whom have ties to the US,” Fitzmaurice said. “Some had exhibited their work in America or studied there and one is Slovak-American  Exhibits at the ambassador’s residence have included works by Viktor Hulík, David Čársky, Zuzana Rudavská, Jan Glózik, and Stano Bubán.”

The spokesperson also mentioned travelling exhibits sponsored by the embassy this year, including “Just Like Us: A Photography Exhibition” that was created by and shows the lives of Roma Youth from Vtáčkovce. “This exhibition gives a voice to vulnerable Roma populations and allows them an opportunity to empower themselves with their stories. By telling their stories through photography, the students find their “voices” and grow in self-confidence. Additionally, the majority population is able to see the strength, character and creativity of Roma people through these photos,” the spokesperson emphasized. “When we see one another as individuals we are able to celebrate uniqueness while recognizing that others are “Just Like Us”, she added.

The works of Slovak photographer Filip Kulisev – who focuses on nature and holds the title Master QEP (Qualified European Photographer) – exhibited recently in the River Gallery in Bratislava and will also be presented in the Slovak capital’s sister American sister, Cleveland, in September to mark the 100th anniversary of the Cleveland Agreement, one of the founding documents of Czechoslovakia, the common state of Czechs and Slovaks that was created after World War I from the division of the Austro-Hungarian Empire. In 2016, Kulisev’s photos will be exhibited in Hawaii.

“We focus much of our programming on the three cities where our Info USA centres are located:  Banská Bystrica, Košice, and Bratislava,” Fitzmaurice told The Slovak Spectator, adding that the embassy co-organises exhibits, film screenings and discussions with American members of the diplomatic corps in these cities. They also supported the American group, Dramatic Adventure Theatre, which will spend a weeklong residency at Divadlo Andreja Bagara theatre in Nitra as part of their development of a new play, The Rebel Bird, exploring the impact of prejudice, poverty, and human trafficking on Roma and featuring Slovak actress Lucia Siposová and musicians from the Roma theatre company, Slumdog Theatre. The workshop will culminate in a final presentation open to the public.

This year the Ambassador held his regular Youth Advisory Council meeting in Trenčín and Trnava for the first time and embassy officials regularly visit universities and high schools across Slovakia to meet students.

The spokesperson said there were multiple historical anniversaries in 2014 and 2015 sponsored by the embassy to commemorate events such as the Slovak National Uprising, Black History Month, and Earth Day. “We supported a photo exhibit titled Unknown Heroes in August 2014 to highlight American participation in World War II and to commemorate the 70th anniversary of the Slovak national uprising,” she said. 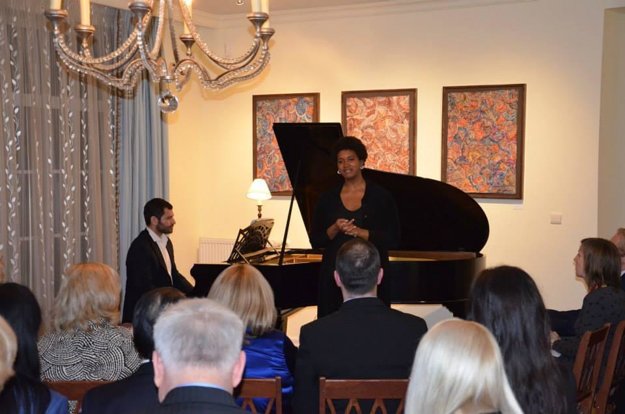 Nicol Taylor performs within the Black History month. (Source: Courtesy of US Embassy)

“This year we are celebrating some important anniversaries and are planning activities to commemorate those events,” Fitzmaurice said about future plans. “This fall we will celebrate the 100th anniversary of the Cleveland Agreement, which we see as a truly significant anniversary as it reminds us that the roots of Slovak democracy are 100 years old already. To mark the 70th anniversary of the end of the Pacific war in September 2015, in cooperation with the National World War II Museum in New Orleans, we are assisting the Museum of the Slovak National Uprising in Banská Bystrica with a photo exhibit. We also mounted an art exhibit on this same theme titled The War in the Pacific, 1942-1945: The Artist’s Respective, which features a selection of drawings, sketches and water-colours created by various American artists who served in the Pacific.”

US sculptures in Bratislava

The Statue and Object event, held annually in the summer in Bratislava, is marking its 20th anniversary and will include several sculptures by US artists based in Brooklyn New York (Karen Azoulay, Jennie Booth, Alicia DeBrincat, Isabelle Garbani, Beatrix J. Piesh, Kristin Reed, Barry Rosenthal, Gavin Sewell, Monika Zarzeczna) and is called Brooklyn to Bratislava. The exhibition will be presented as a group at the Statua Gallery in Pálffy Palace, Zámocká 47, and lasts until August 23. 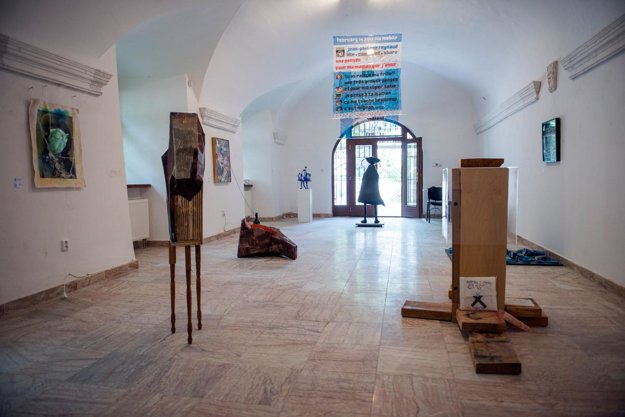 Brooklyn2Bratislava, exhibition in the Statua Gallery within the Statue and Object 2015. (Source: Tomáš Hulík)

Sculptures are not easy to pack, transport, unpack and install. Jennie Booth, one of the artists, told The Slovak Spectator at the opening on June 26 that “it was very difficult to bring these pieces here; we had to fight to choose the pieces, to pack them in the ship and everything else”, adding that “the fact they arrived here and were not broken is a miracle in itself; we were happy to open them up and find out they were still in one piece.” Yet another miracle was that the sculpture and art objects (hers are made with the Papier-mâché technique – and with an authentic ostrich egg right from Brooklyn) also survived intact at the crowded opening in the limited space of the gallery. 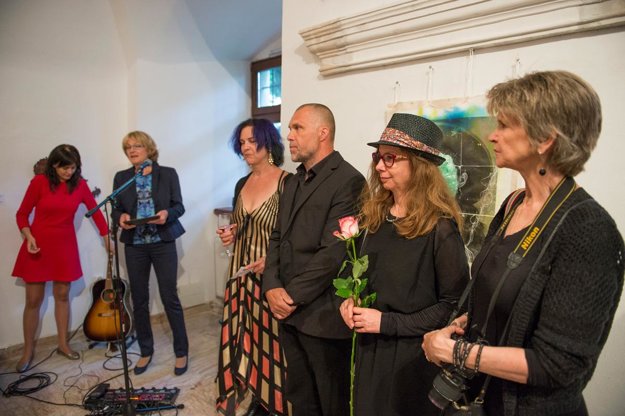 US artists (the four on the right), with Jennie Booth in the center. (Source: Tomáš Hulík)

Statue and Object is unique in that is brings artworks to one open space, the Grassalkovich garden, as well as to 14 galleries in Bratislava and one in Pezinok). Viktor Hulík, the organizer, said that contact with the Brooklyn group of artists was made through one of its members, Monika Zarzecna.