Having lots of fun at Pohoda festival

THE ONGOING multi-genre festival Bažant Pohoda near Trenčín has not been lacking foreign visitors. 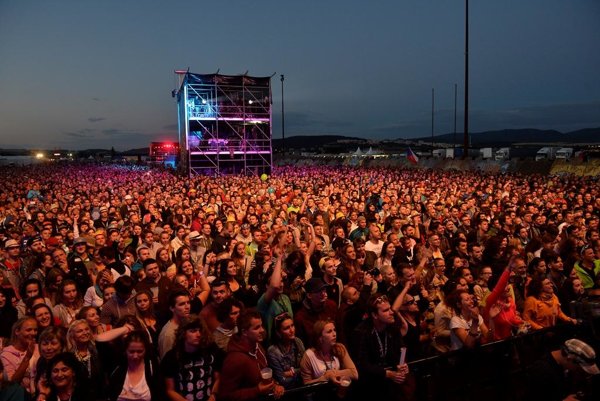 This year’s musical line-up includes the rhythmic Islandic singer Björk, crazy and sleazy Die Antwoord from far-away South Africa, a rocking Scottish-American band Franz Ferdinand and Sparks, hypnotic Einstürzende Neubauten and many others. This year’s festival is considered the best ever and has attracted people from neighbouring countries as well as visitors from much more distant lands. The Slovak Spectator asked Jushua from London, Thomas from France, Ema from Rome and Rita from Spain's Tarragona  some questions to find out why they came to this year’s Pohoda festival. 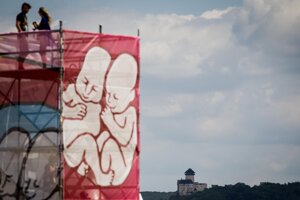 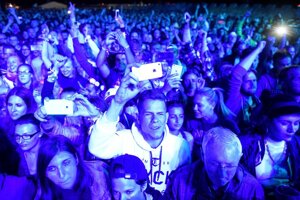 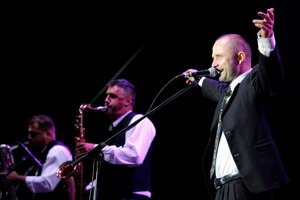 The Slovak Spectator (TSS): Why did you come to the Pohoda festival? Could you tell me your reasons?

Joshua: Because my friend is Slovak and he goes to this festival every year. We were at a festival in England and he asked me if I wanted to come to Pohoda. So I said yes.

Christián: I have never attended Pohoda before and the interesting line-up attracted me to come and see.

Thomas: We have been working nearby the festival for the past year and since it is so close we decided to come.

Ema: This semester I am spending my time in Bratislava on the Erasmus exchange programme and I met Slovaks who told me about Pohoda and other festivals for an opportunity to have fun in Slovakia.

Rita: I like the group Mourn from my homeland and since I am staying in Slovakia with my family I decided to visit Pohoda and see them perform as well as other perfect acts like Manu Chao and Björk. 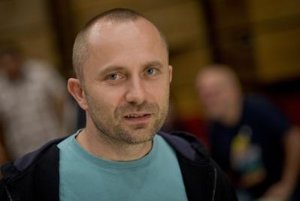 TSS: Have you visited Pohoda in the past or is this your first time?

Joshua: This is my first visit and also first time in Slovakia.

Christián: I have never been to Pohoda before.

Thomas: This is my first time.

Ema: It is my first visit to Pohoda but this year I also attended Topfest.

Rita: I visited Pohoda for first time in 2012 and I remember that it was a perfect music festival so I decided to come again during my summer holiday in Slovakia this year.

TSS: Which parts of the programme have you liked so far; any particular concerts, attractions, discussions? What else do you want to participate in?

Joshua: Manu Chao was crazy and brilliant. And lots of things here are very good. I am also looking forward to Eagles of Death Metal, Franz Ferdinand, Die Antwoord and Björk. And I like Falgrapp. I have heard a couple of its songs.

Christián: To me, I like to embrace attractions that I know from abroad. From the musical line-up, we came here mainly because of Die Antwoord.

Thomas: We very much liked Manu Chao; it was very great. And we are also looking forward to Die Antwoord.

Ema: I like rock music more so I enjoyed mainly Franz Ferdinand and Sparks and Eagles of Death Metal. Besides those acts I would like to also see Björk and some of the regional groups.

Rita: I saw the concerts by Mourn, Manu Chao and I’m looking forward to seeing Björk.

TSS: Have you been impressed by the festival enough that you would like to come again in the future?

Joshua: Yeah, I will come again. It is so much cheaper than festivals in England and it is cool.

Christián: I think yes. I am especially impressed by the possibility to bring everything you need into the festival area. In the Czech Republic you must buy drinks and food at the festival.

Thomas: Yes, of course. It is really interesting.

Ema: If I can I would come again in the future.

Rita: Yes, if I stay every year in Slovakia during this time.

TSS: Is Pohoda comparable to similar festivals in your country?

Joshua: Definitely yes. It is big and cheaper. If we had this in England, everyone would come.

Christián: I think yes. Of course, what is going on here is perfect.

Thomas: Yes, it is quite the same as in France. But in France festivals usually last only three days compared with the four-day Pohoda.

Rita: I am more impressed by Pohoda than by music festivals in Spain. It is more-friendly and the people here are also very friendly.