SLOVAKIA’s decision to accept 500 asylum seekers on a temporary basis is a gesture and a symbol, but it isn't a solution to Austria's problems, Austrian President Heinz Fischer stated after meeting Slovak President Andrej Kiska in Bratislava on July 13, as part of his official visit’s programme. 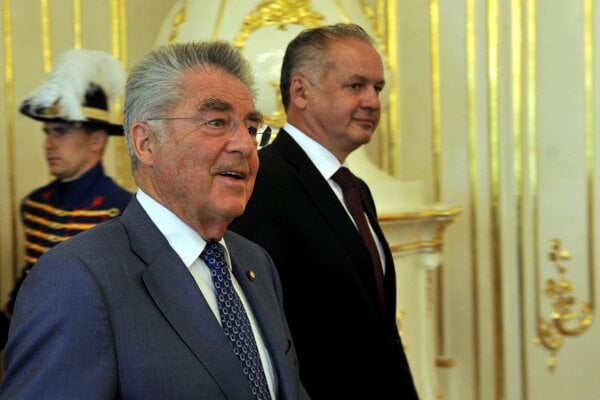 President Fischer explained that Austria expects 70,000 asylum applications this year, with some 200 new applications recorded every day and Austria's capacities in immigration camps have been exhausted.

"It's with gratitude that we accept a gesture from Slovakia, which is an expression of understanding for the situation in which a neighbouring country has found itself," Fischer said as quoted by the TASR newswire. 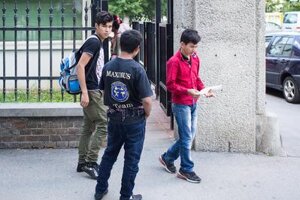 "What is important is to show good will and willingness to resolve the situation and [to show] that there's readiness on the part of Slovakia to join this programme and help," TASR quoted Kiska as saying following his meeting with Fischer.

Slovakia isn't ready to accept asylum seekers, as seen from the fact that only a dozen immigrants were granted asylum by the country last year, Kiska noted and went on to criticise Slovak politicians who approach the topic of immigration exclusively through the prism of public opinion.

Slovakia is obliged to assist people whose lives are in danger in their home countries, Kiska reiterated as reported by TASR.

"I urge all responsible politicians to take a clear approach to this and explain it to the people of our country, to talk about potential risks as well as about eliminating potential risks," said Kiska.

The two presidents also discussed the developments around Greece and agreed that there has been progress in the matter although a dent has emerged in the trust towards Greece. It is now up to the Greeks to carry out the tasks they've been given, the presidents believe.

"With Mr. President [Fischer] we expressed a common opinion that we have to do everything in order to see that the trust in the euro as a currency isn't broken,” Kiska said following the meeting. “But what's important is that promises aren't enough and now Greece has to undertake real acts and real steps.”

During his visit to Bratislava, Fischer was also set to meet Prime Minister Robert Fico, but this meeting has been cancelled due to ongoing negotiations between eurozone representatives in Brussels. Fischer also met with Parliamentary Chairman Peter Pellegrini as planned.