SLOVAK police have boosted security measures following a deadly shooting involving the radical nationalist group the Right Sector in the Ukrainian town of Mukachevo near the Slovak border on Saturday, July 11. 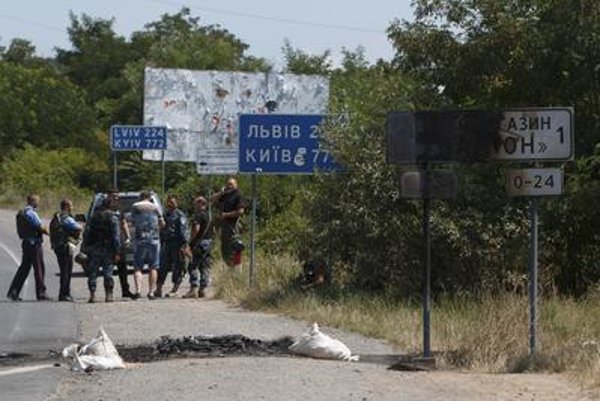 A conflict between members of the Right Sector and followers of parliamentarian Mikhail Lano, who opposes the group, erupted at a sports club in Mukachevo on Saturday. After the Ukrainian security forces became involved, a fierce shootout ensued that included the use of automatic rifles and grenade launchers. Two members of the Right Sector and one civilian were killed in the shootout. According to Ábel, the Ukrainian authorities reported that the suspects are still on the run.

Mukachevo is about 50 kilometres away from the Slovak border crossings in Čierna nad Tisou and Vyšné Nemecké.

“We don’t rule out that [the suspects] might be close to the Slovak state border - but I don’t want to make the situation appear dramatic,” he said as cited by the TASR newswire, adding that the Slovak police are in steady contact with the Ukrainian authorities.

“The cooperation is excellent; we have enough information, and if the situation deteriorates, we’re ready to react,” said Ábel. “We have enough forces and means to ensure the security of the Slovak public.

There are roughly 800 policemen allocated for protection of the Slovak-Ukrainian border while these are subordinated to the commanders in Sobrance, according to the Denník N daily.