Fico: Greeks must do their homework in order to have loan approved

PRIME Minister Robert Fico is convinced that Slovakia has a moral right to take a tough stance towards Greece. 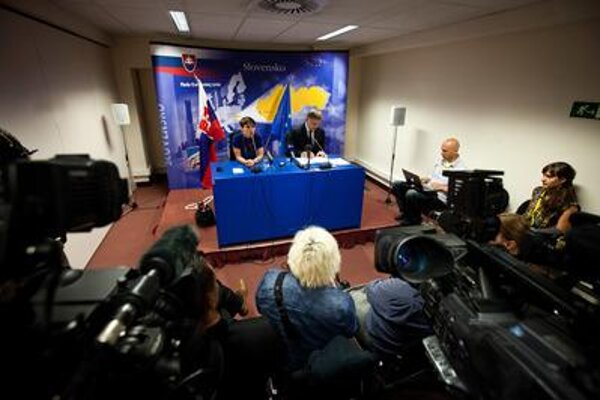 The heads of the eurozone outlined homework for Greece in order to regain its lost trust and then to get a loan, Fico said after the on Monday.

“If Greece applies for further financial cooperation, it will first need to do a whole bunch of incredibly radical homework,” said Fico. “These tasks are so radical that I would view it as a small miracle if the Greek government and parliament agreed to comply with them in a short period.”

Greece is supposed to adopt the first laws as early as Wednesday, July 15.

Fico said that if Greece wants to get financial aid from the European bailout mechanism worth more than €80 billion and repair the dent in its trust, it needs to meet its commitments first. Only then will European institutions take the next steps. Despite the achieved agreement, Fico conceded that a Greek exit from the eurozone is still possible.

“This issue still hasn’t been resolved,” said Fico. “It could still happen that events may take place in the Greek parliament that would make carrying out these measures impossible.”

Other Slovak politicians share deep distrust in Greece, as a survey of the public broadcaster RTVS showed. Richard Sulík, chairman of the SaS party perceives it it as improper to pay Greeks so that they condescend to carry out reforms. According to Béla Bugár, the head of Most-Híd party, Greek politicians actually have lost our trust, while Ján Figeľ, the head of the Christian-Democratic Movement (KDH) asks who would guarantee that the concrete revitalisation measures will be implemented in Greece.

PM Fico believes that Slovakia has a moral right for a tough stance towards Greece.

“This is really a crisis situation,” said Fico on July 12. “But to be honest, the Greeks have done all of this to themselves. Slovakia went through painful reforms and even my government had to pass difficult decisions. No one has ever given us anything for free, yet we managed to put public finances in order and we have low public debt and healthy banks. If Slovakia managed to pull this off, Greece can do it, too.”