THE WOODEN Articular Church in the village of Hronsek is one of the rarest and most popular tourist sights in Banska Bystrica district and is visited by thousands of people from Slovakia and also from abroad. It celebrated an anniversary recently – on July 7, 2008 it was placed on the UNESCO World Cultural and Natural Heritage list. 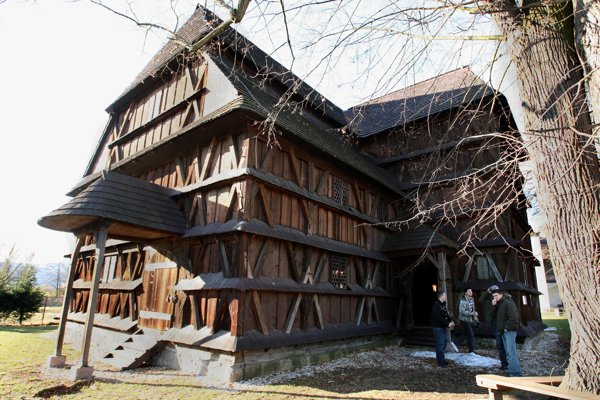 Its construction began in 1725 and was completed within a year, pastor Anna Jakušova informed the TASR newswire. The church has 1,100 seats in an amphitheatre-style arrangement that affords a view of the altar for everyone.

“The church is an articular church, which means it was built based on articles [of a treaty], specifically by Articles 25 and 26,” explained Jakušová who takes care of the church with the help of her church congregation and they guide groups of visitors through the church.

She explained that in the period of strong Catholicism, there were small concessions to other creeds, and that a Lutheran church could be only built in accordance with strict conditions – it had to be made entirely of wood, with no tower and without a single iron nail in its main supporting structure, while it had to be built within a single year and the main entrance could not be facing the village.

Also, only two Lutheran churches could be built in one county, so in the then-Zvolen county, articular churches were made in two locations – Ostrá Luka (Zvolen district, Banská Bystrica region) and in Hronsek. “The one in Ostrá Luka hasn‘t been preserved, only ours remains,” Jakušová said. 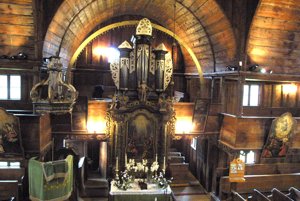 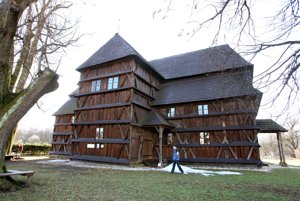 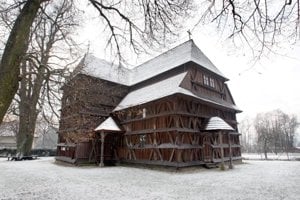 The church has elements of German and Scandinavian architecture, as well as elements of domestic folk art, which is characterised by lime-tree leaves – a Slavic symbol. With a floor plan in the shape of a cross, the church is eight meters high, 26 meters long and 11 meters wide. It has five entrances and 30 windows. Its vault resembles an inverted boat. The church is still used for liturgy.