FARMERS in Slovakia have only harvested some 12 percent of thick-sown cereals and 38 percent of rapeseed, so it is premature to evaluate the yields; but it is already obvious that they will be lower than last year due to drought,  Slovak Food and Agricultural Chamber Chairman Milan Semančík told press July 14. 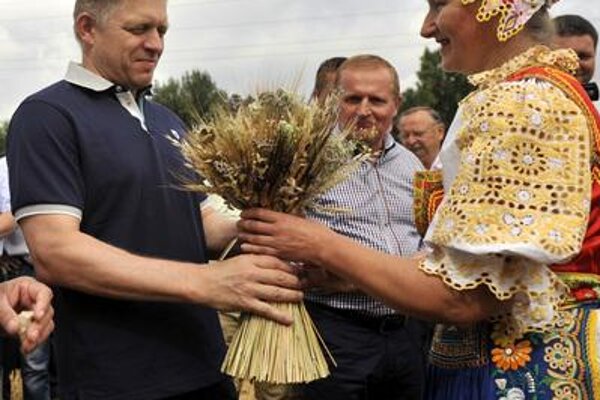 “As for the preliminary results, the yields are 20 percent down in terms of cereals, and rapeseed is down 30 percent,” Semančík said, as quoted by TASR. “However, it’s a comparison to last year, when we had record-breaking yields.”

Agriculture and Rural Development Minister Ľubomír Jahnátek, who was accompanying Fico, promised farmers that they will receive maximum support from the government. He noted that all support mechanisms approved by the cabinet will take effect this year.

“This concerns significant support for breeding of livestock and special production,” Jahnátek said, as quoted by TASR. “So, farmers should finally begin earning far more than they have to date.”

His words were echoed by Fico, who stated that the government will strive to boost the presence of Slovak food in shops.