THE DETVA folklore festival had, apart from many nice events, experiences and reports, also some negative coverage. A young Roma woman was beaten with a wooden rod by a skinhead and another assaulter. 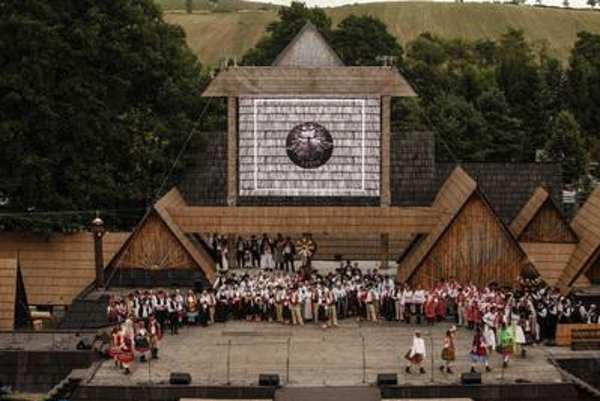 They allegedly attacked the woman and broke her jaw in two places. She was hospitalised in the city of Martin. Originally, the regional website Detva online reported the incident, but later several Slovak media covered it on July 15.

“Police in Detva have one criminal complaint filed, for suspected bodily harm, and the case is under investigation,” spokeswoman of Banská Bystrica regional police, Mária Faltániová, told the TASR newswire.

The regional website alleges that the girl, aged 22, studying pharmacy at the university and playing violin, is the daughter of a local teacher. Her father said that also a local female chronicler was attacked on the night of July 12 in the complex of the festival.

The girl identified as Tereza says she wanted to go to the restroom in the middle of the night and on her way back, she was attacked by a bald man; already earlier, she heard someone shout something about “refugees”. She thinks she was attacked because of her darker skin, as she might have been mistaken for a refugee.

The head of the Martin hospital confirmed for the Nový čas daily that the patient suffered a double fracture of her jaw and she will need at least one month to recover.