THE SPRING earthquake in Nepal left thousands without shelter and many still need help,  says Martin Bandžák, CEO and co-founder of the Magna Deti v núdzi. 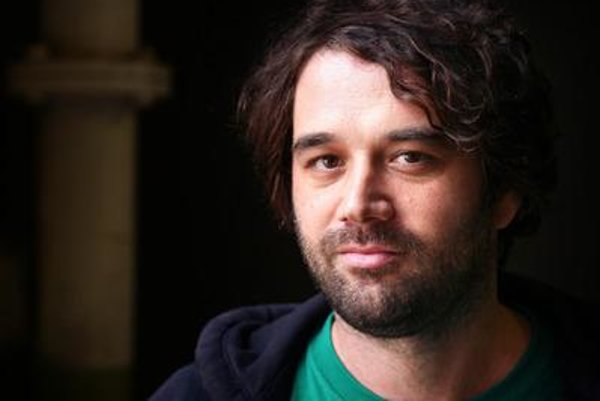 Slovaks are not stingy they only are little informed about the world, Bandžák – who regularly returns to Nepal to help in the field – said in an interview with the Sme daily.

Asked how it is for him to return to Slovakia from a country struggling for survival, Bandžák answers that Slovaks are not very open to the rest of the world, and they have difficulties respecting “otherness”. The younger generation is better off; but in general, “we know very little about life in the world outside – especially in the less developed parts”. This can be seen also in the recent reaction to the issue of quotas for migrants.

As for how he perceives the disaster and how he manages in the field, he says having seen many other disasters, Bandžák opines that Nepal is different in that the whole infrastructure has been levelled. In the Sindhupalchowk region where Slovaks work, 65,000 out of 67,000 houses were destroyed, meaning nearly everyone is homeless. Not a single school has survived, and only two to three medical centres are still operating. Villages are demolished and people are just sitting on the ruins. Thus, it is very hard for them to think about the future, according to Bandžák.

He explains that he has been coordinating an aid project, and plans to return to Nepal regularly. Magna is a medical organisation unifying doctors, nurses, psychologists and social workers, including Slovaks, other internationals and Nepalese, who are on the site of disaster. The team is expected to grow to 48 people who should also help in improvised schools with psycho-social care.

Describing the situation in Nepal, Bandžák pointed out that some places are better off and some worse; the area where Slovaks work is awaiting the monsoon season – and thus landslides – but locals are used to them. However, residents tended to make stock piles of food and other goods which they lost in the earthquake, and so they rely completely on foreign aid for there basic needs. Senior citizens are the worst hit, as they are not fit enough to work and to repair their houses, hit by the earthquake. 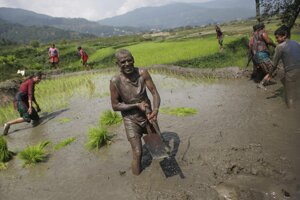 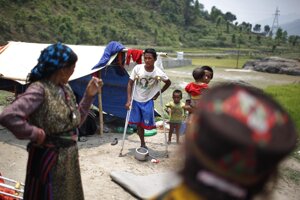 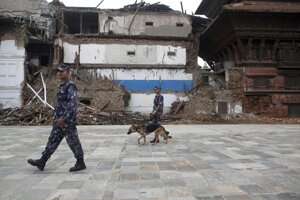 Others work on the land, with the vision to prepare stock for the next year. “Life there has not stood still,” Bandžák says, “the earthquake does not mean that all of them are sitting and staring blankly. The problem is that they live in tents that can easily be washed away by water.”

No money for safer future

The houses in Nepal have been built from stones piled on each other, pasted together with clay – they had no chance to survive such an earthquake. On the other hand, Bandžák explains, it is too expensive to build houses more resistant to quakes.

“I cannot imagine that there could be houses built there to manage similar earthquakes in the future,” he adds. “And they will not move to lowlands, as they have known life in the mountains for generations.”

The frequency of Nepalese earthquakes is the biggest problem, Bandžák continues. Most of the damage came from two first one, but there are quakes that reach four on the Richter scale almost daily. The emergency in Nepal is enormous, and the foreign intervention is not adequate – probably because not that many people died there as in other disasters. The public is adapted to shocking news about number of fatalities but in case of Nepal, the disaster is silent in that many people suffered huge mental harm, Bandžák says:

“We call it an invisible disaster and having seen catastrophes with thousands of dead, the one in Nepal broke my heart,” he says. “People often do not realise that the issue is not the number of fatalities – as we cannot help them anymore. Rather, we need to focus on those who have survived.”

As for the humanitarian aid from Slovakia, Bandžák commented that enormous amounts have been collected here but generally speaking, Slovaks do not travel that much as compared to Czechs and others), especially to areas without vivid tourism, and so they lack personal experience and the ability to imagine how such a disaster can impact them. He also slammed media for their insufficient coverage of crises, natural and military disasters.

Bandžák also criticised the Slovak Foreign Ministry for allocating state finances to the private Catholic humanitarian organisation, World Vision International instead of giving it to Slovak non-governmental organisations organising aid to the country.

“If only the organisations with built-up infrastructure which have been long in the region are to get [governmental] support, then we can scrap the humanitarian development aid in Slovakia totally, and let us just support these organisations,” Bandžák says. “There will always be another organisation which is bigger, operating longer, and has better background than the Slovak ones. But then we cannot build this sector in Slovakia at all – and I cannot agree with that.”