IN THE ongoing debate about minimum wage, representatives of employees and employers at a meeting on July 15 failed to reach agreement with the trade unions proposing it go from its current €380 to €410 per month and employers agreeing to no more than €399. 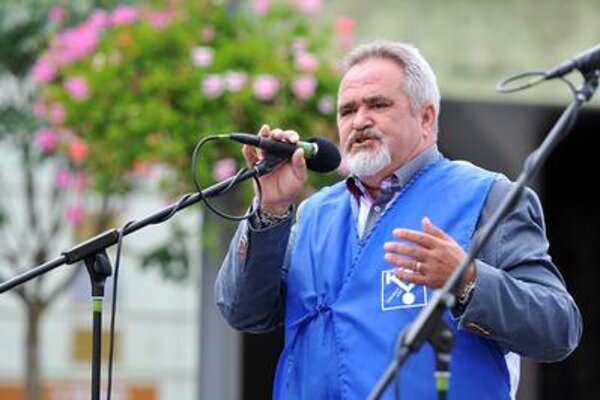 Trade Union Confederation (KOZ) President Jozef Kollár appeared, nonetheless, to be satisfied at least to a certain extent after the talks, pointing out that while representatives of employers had always been advocating scrapping the minimum wage or retaining it at the existing level, both the Republican Union of Employers (RÚZ) and Association of Employers’ Unions (AZZZ) this time proposed a hike to €399 per month. Meanwhile, the Association of Slovak Towns and Villages (ZMOS) proposes €400 per month.

Nonetheless, RÚZ after the talks stated that it would not like to see any hike next year. “We have to state with regret that no agreement has been reached despite our enormous effort and the compromise proposal of €399,” RÚZ Secretary Martin Hošták told the TASR newswire. “As KOZ hasn’t accepted our [compromise] proposal, RÚZ remains on the original attitude of not raising the minimum wage in 2016.”

The RÚZ proposal is based on the negative situation on the labour market, ongoing high unemployment rate, and almost zero increase of consumer prices for last year, Hošták added.

AZZZ is proposing €399 with the “principal condition that the impact on health care will be resolved in financial terms”, said association head Rastislav Machunka.

The trade unions believe that the latest developments of Slovakia’s economy allow a more pronounced hike than to the level of €400. “In order not to go below the poverty line, one has to earn at least €410 a month in Slovakia,” Kollár opined. Prime Minister Robert Fico has indicated that he believes the minimum wage should approach €400 per month.