THE SLOVAK Finance Ministry has welcomed voting of the Greek parliament to accept austerity measures that are a condition of a third bailout. 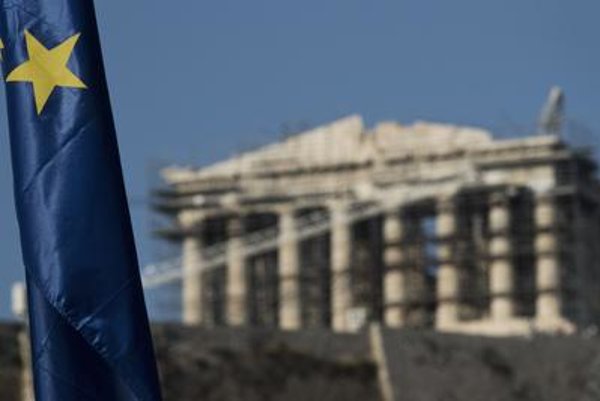 While Slovakia one of the countries holding a  tough stance to Greece the ministry points out that challenges still remain.

“We welcome voting of the Greek parliament, even though this the lighter and easier part of the agreement we achieved on Monday,” the Slovak Finance Ministry wrote in its response to the Greek parliament’s vote, adding that there are still and will be challenges. “Problems may occur in the future because, the cabinet, as the voting has showed, does not have majority and equally it is questionable what will be the Greece’s stance to implementation of reforms and measures that are inevitable.”

On Thursday morning, 229 deputies of the 300-seat Greek parliament voted for the reform bill that will pave the way for financial aid of about €80 billion while 64 voted against and six were absent.

Slovakia one of the countries holding a tough stance to Greece.

“This is really a crisis situation,” Prime Minister Robert Fico said July 12. “But to be honest, the Greeks have done all of this to themselves. Slovakia went through painful reforms and even my government had to pass difficult decisions. No one has ever given us anything for free, yet we managed to put public finances in order and we have low public debt and healthy banks. If Slovakia managed to pull this off, Greece can do it too.”

After returning from Brussels summit on July 12 and 13 Fico recalled that along with the measures Greece has to introduce the key requirement with which Slovakia went to the summit was to oppose any debt relief.

“If Greece applies for further financial cooperation, it will first need to do a whole bunch of incredibly radical homework,” said Fico after returning from the summit as cited by the TASR newswire. “These tasks are so radical that I would view it as a small miracle if the Greek government and parliament agreed to comply with them in a short period.”

Opposition parties the Christian Democratic Movement (KDH), Most-Híd as well as the Freedom of Solidarity (SaS) share a deep distrust in Greece and question who would guarantee that the concrete revitalisation measures will be implemented in Greece.

Vladimír Vaňo, head of CEE research at Sberbank Europe believes that the tough position of many member states, including Slovakia or Finland was instrumental in achieving the final deal, in which Greek government, albeit after harsh experience of two weeks of capital controls and bank holidays recognised  its economic situation and agreed to the deal, which could have been already reached before June 30 at significantly lower cost to the Greek people and economy. Vaňo also recalled for The Slovak Spectator that the rather reckless negotiating tactics of Greek negotiators was to an extent incorporating also an assumption, that eurozone cannot afford Grexit and hence it would do anything to avoid it and would thus blink to the Greek demands.

According to Katarína Muchová, macroeconomic and fixed income analyst at Slovenská Sporiteľňa, it is understandable that Slovakia has been on the more critical side of the Eurogroup, together with Germany, “given that it underwent substantial reforms and worked hard to get its budget deficit under control to abide by the Maastricht criteria.”

“Solution to the Greek question needs to have the right balance between solidarity and elimination of moral hazard,” Muchová told The Slovak Spectator. “Yet, given the heterogeneity of the eurozone economies, this proves to be a fine line to be found.”

Zdenko Štefanides, chief economist with the VÚB bank, recalls that Slovakia is very closely economically connected with Germany when it is Slovakia’s most important trade partner. Slovakia exports directly more than 22 percent of the country’s total export while to Greece it is only 0.3 percent.

“Thus, from the economic point of view it is understandable that Slovakia keeps the stance pursued by Germany,” Štefanides told The Slovak Spectator.

Vladimír Baláž from the Institute for Forecasting of the Slovak Academy of Sciences sees the quite exposed position of Slovakia in terms of GDP.

In terms of economy size, Malta holds the biggest guarantees towards Greece, almost 5 percent of GDP followed by Slovakia with about 4.2 percent.

Baláž also recalled that it is very difficult to explain to Slovak voters why to support somebody with higher standards of living, adding that while now the standards have decreased in Greece, but before they were roughly 25 percent higher than in Slovakia.

“There have spread a lot of myths about Greece in Slovakia as well as Germany,” Schmögnerová told Pravda on July 14. “Allegedly Greeks are lazy, but they have one of the longest work weeks. Their average pension is higher than in Slovakia, but 45 percent of pensioners live on the brink of poverty. The jobless rate is more than 25 percent and the youth unemployment is 60 percent.”

She recalls a common opinion in Slovakia that one should not feel sorry about them because it is their fault how the situation looks now.

“The Greek tragedy did not start in 2010,” said Schmögnerová. “It started when German, French, US financial institutions and supranational corporations began to profit from incapable and corrupted Greek cabinets and trusting Greeks.”

Schmögnerová also recalls opinion of experts that Greece is unable to settle its aggregate debt of €320 billion while it is returnable under the condition of its prolongation to many decades at low interest rates.

“I remind that Germany settled its debt from WWI only in 2010,” said Schmögnerová.

Martin Vlachynský, analyst with the Economic and Social Analysis Institute (INESS) said for the Hospodárske Noviny daily that the agreement from July 13 lacks forgiving a portion of the Greek debt.

“Without this it is only whipping of a dying horse,” said Vlachynský as cited by Hospodárske Noviny.

According to Vlachynský, more and more politicians realize that without a significant restructuralisation of the Greece’s debt the situation of Greece would not improve.

“But nobody has found courage yet to admit this to their voters,” Vlachynský told The Slovak Spectator.