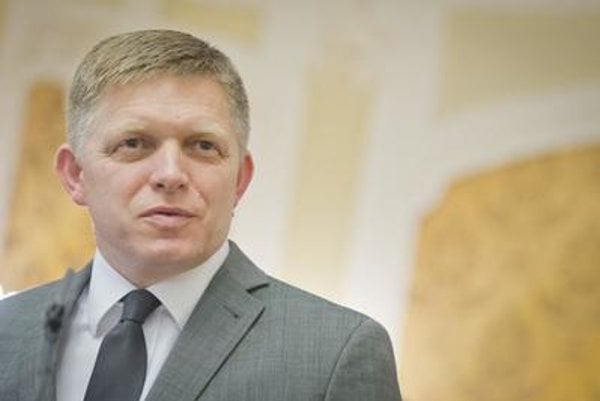 According to a Supreme Court ruling from February 26, 2015 relating to a case involving Lyžiarske Stredisko (Ski Centre) Martinské Hole, the town of Martin should pay €8.4 million to a company called PK Faktoring, which belongs to Kubík. The result could force the town to privatise its water company.

The town appealed to Prosecutor-General Jaromír Čižnár, who lodged an extraordinary appeal against the judgement and also requested that it not be carried out. The Supreme Court handed down a resolution suspending the execution of the ruling on June 19.

Fico contends that because Procházka once had personal relations with Kubík, that he should intervene personally in the process to convince his acquaintance not collect on the debt. Meanwhile, elected leaders in Martin and surrounding areas are asking the government to help prevent private creditors tied to a long lingering law suit from taking over the public water supply.

Earlier this month, Hrnčiar, and mayors of nearby towns (Iveta Balšianková of Dolný Kalník, Viera Šalagová of Dražkovce and Ján Lukáč of Trnov) delivered a letter – singed by more than 18,000 inhabitnats of the region of Turiec – calling on Fico to intervene and prevent the privatisation of the water facility, the TASR newswire wrote. 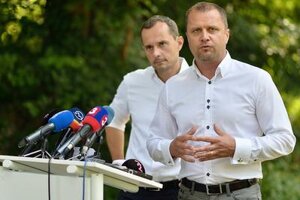 Fico noted that Procházka was a witness at Kubík’s wedding and said that if the former fails to take action, Smer will intervene but first all the suspicions must be removed.

“If the mayor of Martin and Sieť vice-chair Andrej Hrnčiar say that the distrainment process is amoral and Mr. Procházka, who is a personal friend of the holder of the receivables, shares this opinion, then the simplest solution is for Mr. Procházka  to meet this person [Kubík] and tell him not to enforce this distrainment process,” said Fico, as quoted by TASR.

He added that this approach would be much more preferable to demanding the money from the state.

“If they don’t resolve this, there will be a big suspicion that they want to obtain some money at the state’s expense,” Fico told the press.

Procházka has confirmed for Dennik N daily that he was a witness at Kubík’s wedding but stressed that this was 20 years ago and that their paths have parted since then.

Procházka and Hrnčiar are trying to influence a decision made by the courts. The receivables are lawful and should be paid, according to Kubík.

“The mayor should not be above the law and should respect decision of the court and pay the debt,” Kubík said, as quoted by TASR.

Hrnčiar said that he will not stop fighting and stressed that he never asked Fico to cover the town’s debt.

“All we are asking is the change of Distrainment Code [which would ban privatising the water company],” Hrnčiar said, as quoted by the SITA newswire.