AMERICAN football team the Bratislava Monarchs are the first foreign club to be invited to play in the Austrian league, Hospodárske Noviny daily reported on July 16. 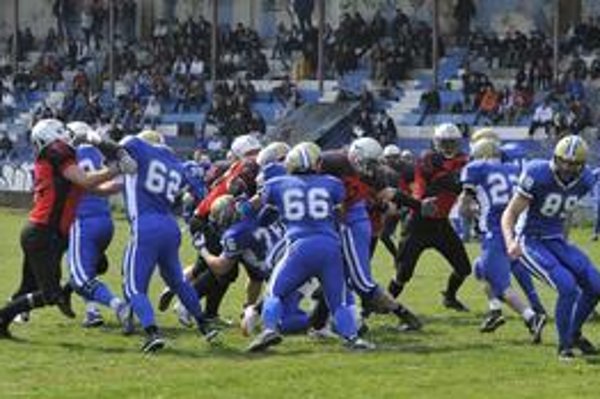 Though the players do not get salaries or rewards for wins and even have to pay for equipment and membership fees, on some occasions they have had higher attendances at games than the soccer club Slovan Bratislava.

Bratislava’s American football team is currently having one of its most successful seasons. Two weeks ago the Monarchs won the Hungarian league, for which they received an unexpected reward - an invitation to play in the the first division of the Austrian Football League.

“It’s a great honour for us,” Ľudovít Galka said, as quoted by the TASR newswire. “New teams have to start from the bottom, which is the third division.”

Attendance at Monarchs games is getting higher every year.

“With more spectators, there’s more interest from sponsors,” Galka said, as quoted by TASR. “But despite the fact that we’ve been playing here for 20 years, I meet people who have no clue that such a club exists here.”

Ten years ago the Monarchs had a yearly budget of about €30,000, but now it is around twice as much. For comparison, soccer club Slovan Bratislava has a budget of around €4 million, but their matches do not attract viewers for a number of reasons, including low quality of play and and an uncomfortable stadium.

On July 18 the Monarchs will meet the Trnava Bulldogs in the final of the Slovak league, the so-called Slovak Bowl.

Galka noted that the Monarchs tried to get into the Austrian league last year, but were turned down. Now, things have changed.

“It’s an unique situation, because no team from abroad has been invited in the whole history of the Austrian league,” said Galka. “It’s a different universe from the Slovak [league].”