SLOVAK Finance Minister Peter Kažimír’s comments on Twitter concerning the results of July 13 talks of eurozone leaders on providing the third bailout to Greece have outraged the Greek government, which has submitted a diplomatic protest in Bratislava, a diplomatic source told the TASR newswire on July 16. 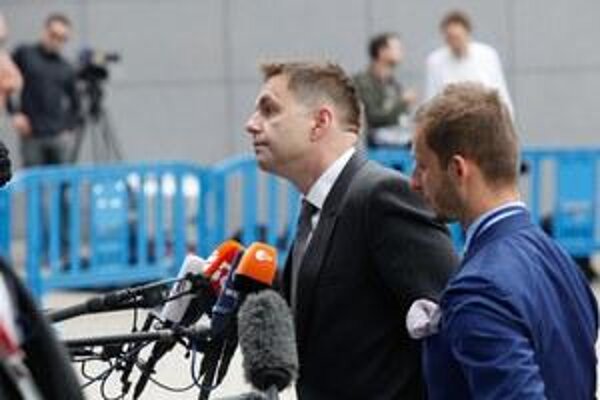 According to the agreement on the bailout package amounting to €86 billion, Greece has to implement tough reforms of the tax and pension systems, the labour market and prepare a major programme of privatisation of state property.

“The Foreign and European Affairs Ministry does not comment on diplomatic communication,” responded ministry spokesman Peter Stano when asked by TASR about the piece of information.

Kažimír after the talks wrote in English on Twitter: “#Greece compromise we reached this morning is tough for Athens because it’s the results of their ‘Greek Spring’ #eurozone”.

The statement caused a commotion on Twitter, with users with mainly Greek names calling him “stupid”, “bastard” and “Nazi”, among other things, TASR reported.

Kažimír later deleted the original post, and wrote the following: “There is a saying - tell someone the truth or lend him/her money and they will become your enemies ... The Greek compromise, reached on Monday [July 13], is considered to be tough and harsh. If it’s so, it is the unfortunate outcome of ‘Syriza Spring’ ... In tense situations, some tweets can trigger anger. Our intention [was] to be straightforward about our perspective, not to insult or offend.”

The critical comments on Twitter were not directed against the Greek nation, but only against the country’s irresponsible government, Kažimír later told TASR, adding that if the information is true, he is sorry that he has added to Slovak diplomats’ work by his statements.

“Nevertheless, this doesn’t mean that – as of now – I’ll begin walking on my tiptoes concerning the situation in Greece,” Kažimír told TASR. “I’m not being offensive and I’ve never intended to offend the Greek nation.”