A COMMEMORATIVE Holy Mass marked the 20th anniversary of a visit by Pope John Paul II, taking place on July 12 at Sliezsky Dom mountain hotel in the High Tatras. 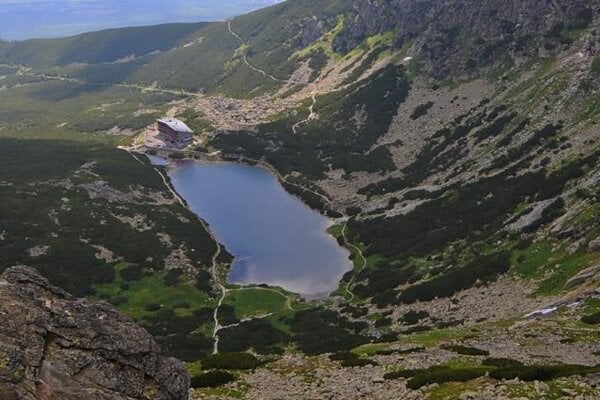 The mass was served at a wooden cross that the pope consecrated himself, to Lenka Bolcarová of Sliezsky Dom told the TASR newswire. “Twenty years ago, John Paul II made a private visit to Sliezsky Dom without the public present,” said Bolcarová.

The pope’s visit to the highest mountain hotel in Slovakia is regularly remembered in the form of a commemorative mass. Robert Tokár of Vysoké Tatry parish officiated in 2015, near the wooden cross he consecrated. “John Paul II climbed up to Sliezsky dom during his second visit to Slovakia in 1995,” Bolcarová said. “On that occasion, a wooden cross was erected, which the pope consecrated himself. At the request of the Mountain Rescue Service he also consecrated the symbols of the mountain rescue team – a rope and an ice axe.”

Sliezsky dom lies at an altitude of 1,670 metres – the highest mountain hotel in the country and one of the highest in Europe.