THE INVALUABLE work by Italian sculptor Gian Lorenzo Bernini (1598 – 1680) the “Pope’s Bust”was sold for its appraised value, with everyone – except for the buyer – taking it for a copy. 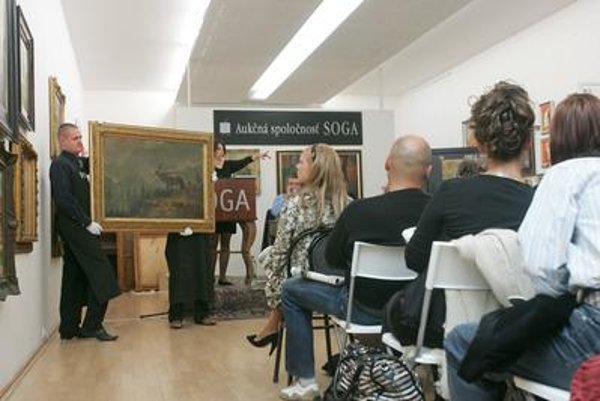 The statue itself was lost for more than a hundred years – since 1893. The bust was part of a private collection of famous Slovak artist, Ernest Zmeták. About ten years after his death, it was offered for auction by his heirs, the Denník N daily wrote on July 20.

The auction house SOGA failed several times to sell the artwork; only after the price was reduced to €24,000, it was sold to a man who occasionally made some small purchases at SOGA, Clément Guenebeaud, who lives in downtown Bratislava. The culture ministry approved the export of the bust abroad – as is always the case when bringing art from Slovakia across the border.

In March 2015, Sotheby’s auction house contacted Getty Museum in Los Angeles which bought the unique bust, the first marble bust of a Pope – Paul V, ordered by Cardinal Borghese – for an unknown sum; which, however, must have amounted to millions of euros/dollars/pounds.

Now, Slovak art theoreticians, historians, the auction house and culture ministry are pointing fingers at each other, asking who should have recognised the original. However, the circumstances have not been favourable. Who might have thought that the collection of a Slovak artist (who travelled a lot, however) could contain the long lost original artwork of enormous value – which should not have been exported outside Slovakia, in the first place?

The auction house argues that it is no scientific institution, and most of its expertise is done by external professional art appraisers. Another disadvantage is that Slovak art experts only rarely encounter works of European significance which would increase the chance of recognising it.

Culture Minister Marek Maďarič filed a criminal complaint accusing persons involved in the export of the Bernini bust of having known the true value and accusing the appraisers of having violated Slovak rules, the Týždeň weekly wrote.