Unemployment rate at 11.55 percent in June 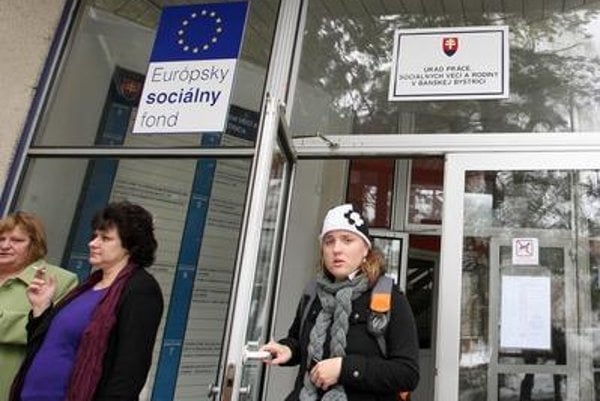 The number of people immediately available to start working in the sixth month of this year was 311,423, the general manager of the Centre of Labour, Social Affairs and Family (ÚPSVaR), Marián Valentovič, told the TASR newswire.

The registered unemployment rate calculated from the total number of jobseekers in June was 13.12 percent – rising 0.06 p.p. against May, while falling by 1.14 p. p. y-o-y, he specified.

M-o-m decline in the registered unemployment rate was found in four Slovak regions, while four recorded an increase.

“The month of June is specific,” Labour Minister Ján Richter commented, adding that in June 2015, in total 10,470 college and university graduates registered with labour offices, while last year, this number was 11,229. The Minister added that of this number, only 2,043 are still unemployed; and even out of them maybe every single one worked at least once during this past year, according to Richter. However, the age category 25 to 29 years is vulnerable, he summed up.