THE EUROPEAN Court for Human Rights in Strasbourg ruled that the Slovak Constitutional Court will have to deal once again with the case of damage compensation for former justice minister, chairman of the Supreme Court and Judicial Council, Štefan Harabin. 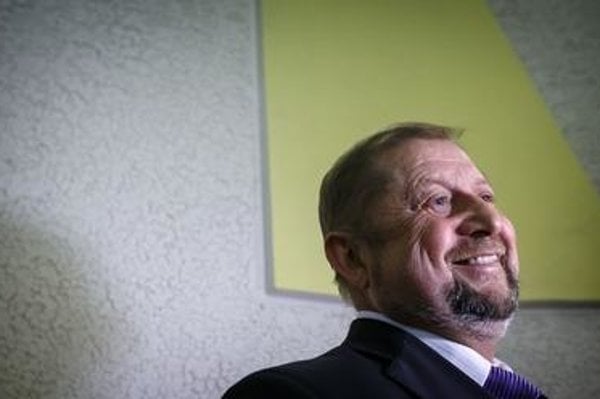 Harabin used a recent amendment to the Slovak Constitution and asked for the court proceeding to be re-opened. “I know what I am to do; I always know what to do,” Harabin said, as quoted by the TA3 news-only TV channel which broke the story.

The original disciplinary proceeding against Harabin was launched after he repeatedly denied the Finance Ministry access to audit the Supreme Court from August 2010 onwards. Harabin at the time repeatedly asserted, “only the Supreme Audit Office [NKÚ] wields the right to supervise the Supreme Court”. He restated this position at his disciplinary hearing at the Constitutional Court, suggesting that a ministerial audit of the Supreme Court “is not possible unless one intends to talk about the independence of the courts”, the SITA newswire reported.

In November 2010, then justice minister Lucia Žitňanská opened a disciplinary proceeding against Harabin. The Constitutional Court penalised Harabin, imposing the highest possible fine on him: a 70-percent cut to his salary lasting one year.

Harabin subsequently turned to the ECHR, claiming his right to an unbiased court proceeding had been violated. On November 20, 2012, the court accepted this and recommended that the Slovak Constitutional Court rule on the issue again. At the same time, however, the ECHR rejected Harabin’s compensation requests of €100,000 and €50,000 in lost income, and awarded him €3,000 instead.

After the Slovak parliament amended the Constitution, “the Slovak Constitutional Court now has the duty to rule in compliance with the verdict of the ECHR and secure the plaintiff, Harabin, a just court trial,” Slovak representative before the ECHR, Marica Pirošíková, said for TA3. “If Slovakia does not solve this issue and does not compensate me, the expulsion of the Slovak Republic from the Council of Europe is looming,” Harabin said.

He added that Slovakia does not need to wait for the Constitutional Court, but can compensate him already, “complete with interest rates that were unlawfully stripped from me”.

Pirošíková told TA3 that it is now crucial for the renewed trial to really remedy the situation in a way defined by the ECHR; in such a case, the Committee Of Minister of the Council of Europe will stop following the case. This means that the Slovak Constitutional Court has to decide on Harabin’s disciplinary proceeding without the judges he protested against, claiming them to be biased.