SLOVAKIA and its citizens have been suffering under the second wave of hot weather during July. While Monday brought  moderate relief, meteorologists forecast that hot weather with temperatures above 30 degrees Celsius will continue. 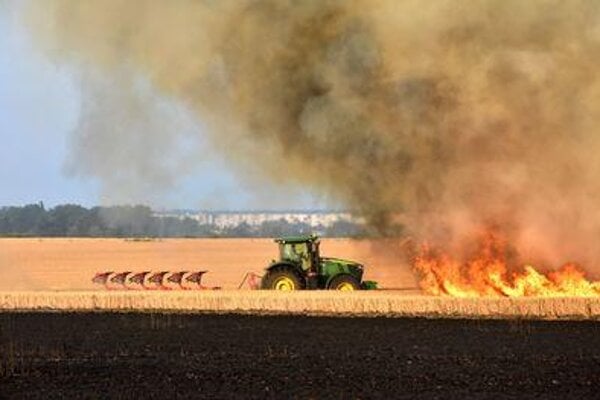 Due to hot weather dozens of people have collapsed across Slovakia.

Slightly lower temperatures on Monday, July 20, compared with the weekend, resulted in less collapses when paramedics had to respond to 86 people, of whom most were in Košice Region and the least in Trenčín Region. On Saturday, July 18, more than 110 people collapsed and on Sunday, July 19, it was 102. Meteorologists estimated Sunday’s top temperatures as high as 38 degrees during the day, while during the night they did not drop below 23 degrees. 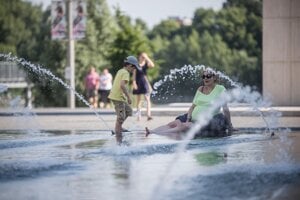 The Slovak Hydrometeorological Institute (SHMÚ) has issued warnings for the next two days, July 21 and 22, while the weather should be the hottest on July 21 in western and southern Slovakia with temperatures rising up to 34 degrees. But the following day the temperatures should be even higher, climbing to 37 degrees, in half of Slovakia.

Drownings have also been attributed to the weather, including two girls who drowned in Svit and a young man at Domaša lake earlier this month. About 100 people drown annually in Slovakia, while one of the frequent reasons for this is consumption of alcohol.

This year’s monthly precipitation levels might be the lowest June amounts since the beginning of the 20th century - or for at least the past 115 years, SHMÚ reported on its website.

“The combination of predominantly sunny and hot weather, coupled with the lack of atmospheric precipitation, caused a drought that is not only strictly of a regional character,” SHMÚ wrote as cited by TASR, adding that the proverb that Medard’s drop is dropping for 40 days, a phenomenon of a flow of wet ocean air bringing precipitation to Slovakia, has not been fulfilled this year.

However, the data available to SHMÚ indicates that the low June precipitation values at some selected locations could be the lowest for at least the past 115 years.

“The fact that this is not only a regional phenomenon has been confirmed by news coming from German sources,” SHMÚ wrote. “There, the current drought has been evaluated as the worst in the past 40 years and is also manifested in water levels and flows of some rivers”.