SLOVAK CYCLIST Peter Sagan ended the 16th stage of the Tour de France on July 20 again in second place and increased his lead in the battle for the green jersey to 89 points. 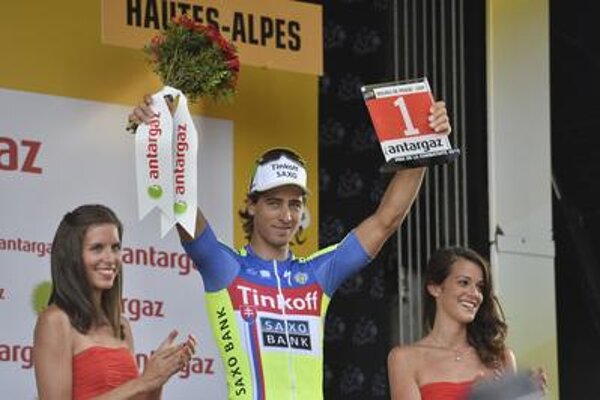 Ruben Plaza Molina of Spain finished first and Jarlinson Pantano Gomez from Columbia was third. Moreover, Sagan was awarded the most combative rider once again after the day's stage, the TASR newswire wrote.

The Slovak cyclist who competes for the Tinkoff-Saxo team again played the leading role in the 201-km long stage of the Tour de France between Bourg de Peage and Gap, but had to be content with his fifth second place finish in the race this year behind Plaza, who went in the final climb to claim victory, the official competition website wrote. The veteran Spaniard launched a timely attack on Col de Manse, 15 kilometres from the finish line, to keep Sagan at bay by 30 seconds.

“I knew the descent from two years ago and from seeing it on television with the Beloki crash,” said Sagan according to the official site. ”I was again very close. I’m glad because I was going for second place. No, I’m joking. I really don’t know what I should do better. I tried everything. I knew I had to try as hard as I could in the descent even if it meant dying. I was the one pulling in the climb because nobody wanted to race with me. When the Lotto went, nobody chased behind him while they all went after me.”

Sagan holds the 26th position in the overall ranking.