THE FAR-right paramilitary group Akčná Skupina Vzdor (Action Group Defiance) announced a reorganisation claiming that it plans to choose best of its members and train them to substitute for the police and army work on July 9. 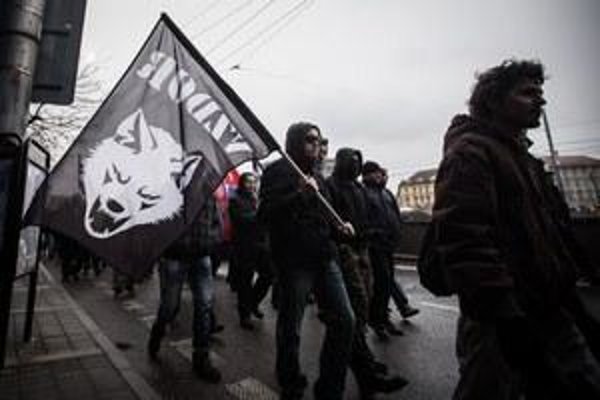 These latest developments cross the line what society should accept, according to analysts approached by The Slovak Spectator.

Vzdor Kysuce belongs to the most radical far-right movements in Slovakia. It first emerged on social networks as a local group concentrated in the Kysuce area in northwest Žilina region in 2011. Since then, the group has formed units in Trnava, Trenčín, Bratislava and Prievidza.

The Interior Ministry describes it as nationalist militia. Its members defend Nazi-allied Slovak state’s president Jozef Tiso and the regime. They also convene in the country's forests in camouflage and train using weapons, military equipment and tactics. They post videos of their training on internet including use of home-made flame thrower or pepper spray.

In its statement Vzdor claims that it has enough members to create elite units with harder training than police and army has.

“The chosen members of Vzdor have to be able to substitute work of Police Corps and armed forces in cases of serious social crisis,” reads the organisation’s statement.

Police officials declined to comment the statement however officials said that the duties of police cannot be substituted for by someone else. They also refused to say whether such behaviour violates the law. However, only Slovak parliament has power to create new armed forces in the country, according to Police Presidium spokesman Michal Slivka.

“Of course, if anyone has the suspicion that [the law was violated] they can approach police and file a criminal complain,” Slivka told The Slovak Spectator.

From the legal point of view Vzdor’s statement does not violate the law because formally Vzdor wants to substitute the work of police officers not officers alone and only in a crisis situation. They could be prosecuted only in a case when they committed a criminal act of extremism, when they declared intention to end democratic organisation of the Slovak Republic or appeal on the public to do so, according to Adam Puškár, a lawyer who focuses on extremism.

“We can monitor them, we can publicly condemn them but in reality we cannot stop such activities,” Puškár told The Slovak Spectator.

In early June Vzdor published the statement addressing all “brave, mentally and physically capable nationalists to try to infiltrate, if it is within their possibilities, the army or police”. They explained that they would then be better prepared to fight for Slovakia as they would have access to weapons, or would be able to sabotage current politicians.

“It does not matter what methods will be used for our final victory,” the members of Vzdor claimed.

It is long-term trend that far-right groups try to arm themselves to be prepared to intervene politics during social unrest. Something similar happened in Ukraine when members of far-right volunteer militia Right Sector armed themselves during the conflict with separatists, according to Puškár.

He pointed to a July 11 conflict between members of the Right Sector and followers of parliamentarian Mikhail Lano, who opposes the group, which erupted at a sports club in the city of Mukachevo in Ukraine. After Ukrainian security forces became involved, a fierce shootout ensued that included the use of automatic rifles and grenade launchers. Two members of the Right Sector and one civilian were killed in the shootout. 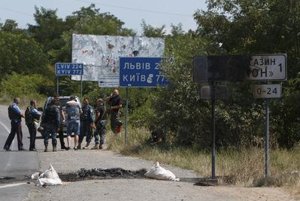 “With no doubt we can compare this paraorganisation Vzdor to the Right Sector in Ukraine,” Naď said. “For how long Slovak authorities will idly observe their activities, until something similar happens as in Mukachevo?”

The Vzdor is not hiding its support to the far-right People’s Party-Our Slovakia (ĽS-NS) affiliated with sitting governor of Banská Bystrica region Marian Kotleba. There is possibility that it is luring youngsters to join ranks of Kotleba’s party. However, such groups could also spoil the image of decent politician which Kotleba has been pursuing last few years, according to political scientist and head of the Institute for Public Affairs Grigorij Mesežnikov.

“If Kotleba’s party was organising such training camps as Vzdor only few would vote him in elections,” Puškár said. “Those two groups split their activities but in the end they are connected and support Kotleba.”

Moreover, one of leading personalities of Vzdor is Marián Magát who was running for MEP  in elections to the European Parliament in 2014 on the Slovak People’s Party (SĽS) candidates list. A party of the same-name in the past pushed for more autonomy for Slovakia within the Czechoslovak state between the world wars. Later it was taken over by Tiso, priest who helped Germany turn Slovakia into a Nazi puppet state under his leadership from 1939 to 1945.

Magát was also speaker at the protest against immigration held in Bratislava on June 20 that led to violence against both police officers and bystanders.

In his blog he protests against current economic system and writes sarcastically about the Holocaust claiming: “I believe in the Holocaust in the same way I believe in Allah and be sure that I am devoted Muslim.”

Vzdor loyalists choose their words carefully to avoid prosecution however after reading their statements we can say that they are radical nationalists and some of them could be called neo-Nazi, according to Mesežnikov.

The Vzdor group has wisely created structure which is dispersed and without an obvious hierarchy. It is therefore hard to say with whom they cooperate or who is their leader. It is almost impossible to infiltrate their structures, Puškár said, adding that they are probably inspired by similar groups operating in foreign countries.

Nevertheless they remain a small group with several dozens of people with little support from the rest of society. They probably never win hearts of Slovak citizens however with more members and confidence they could be dangerous for some minorities living in Slovakia, according to Mesežnikov.

“They are enraging people endangering peaceful coexistence,” Mesežnikov said, “they point on some groups of people verbally behaving violently towards them.”

Both Mesežnikov and Naď said that the Vzdor’s statement is rather propaganda trying to lure more members in group’s ranks than a real threat. It would be however dangerous to ignore them, according to Naď.

“Society and especially political elites have been ignoring basic security and defence questions for a long time in this country,” Naď said. “I understand that it is politically unattractive but I don’t understand such irresponsibility from politicians.”