EU crisis is not about Greece

THE EUROPEAN Union has frequently, and justifiably, faced criticism for its “democratic deficit”. 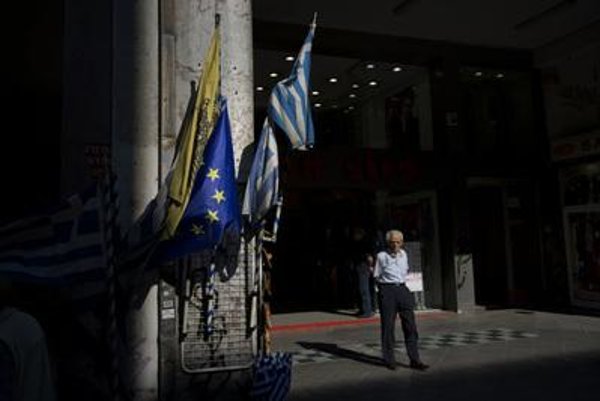 The argument has been that Brussels bureaucrats, not average citizens drive decision making with the EU’s unelected executive branch, the European Commission, wielding disproportionate power to the directly-elected European Parliament even as they compel elected national governments to follow EU-wide directives.

Agree or not, the justification for this deficit has been that a complicated and diverse 28 member state alliance needs stability and consistency to anchor otherwise rapidly shifting, and fickle, public opinion. In theory, these technocrats are meant to serve as competent managers of everyday apolitical policies. They are meant to professionally implement what europhiles contend are consensus, but complicated, protocols that benefit Europe as a whole.

More than a few observers point out that the apolitical decisions they are said to be making are in fact very politically charged, but even ignoring this the technocratic argument for ceding power to Brussels looks increasingly shabby. Professional management of Greek debt, the migrant crisis and a sustained challenge from Russia are all coming up short.

Take the continuing saga of the Greek bailout as a primary, but not the only, example. The so-called troika dealing with the Greece is comprised of the European Commission, the European Central Bank and the International Monetary Fund. None of those bodies are democratically chosen, and thus in theory should be un-ideological, apolitical technocratic managers. Nonetheless, five years into the crisis Greek debt is larger as compared with GDP than it was when the process began. Forecasts, emanating from the latest bailout agreement see the trend continuing for at least another two years.

So, unelected professional managers intervened in the Greek crisis for five years and made the problem worse. By any measure that is bad management and the process is thus both undemocratic and bad technocracy. Europeans cannot reasonably be expected to simultaneously sacrifice their ability to directly influence policy, expertise and efficiency.

If that were not bad enough, leaders who actually are democratically elected are selling these policies as a democratic success. They contend that policies toward Greece, among other things, are a signal they are standing up for the rights of their own voters and at the same time represent responsible, level-headed crisis management.

Slovak Prime Minister Robert Fico is a prime example. These days, he regularly and publicly repudiates the possibility of writing off any Greek debt — a necessity that virtually every independently thinking economist now recognizes as inevitable. In doing so he compares the Greek situation to the entirely incomparable situation of post-communist Slovakia. He cites responsible, tough fiscal medicine Slovakia took as it restructured its economy in the 2000s — policies he generally opposed at the time — as the path Greece must take in the years ahead.

For these reasons, he contends, Slovaks should be grateful to the Fico government for representing them in the international arena. And it is with similar logic that the European Union expects Europeans to be happy Brussels is working on their behalf.