Fico: No debt relief for Greece

PRIME Minister Robert Fico is reiterating that Slovakia would not agree with any debt relief for Greece, even as the International Monetary Fund has opined that Greek debt remains unsustainable. 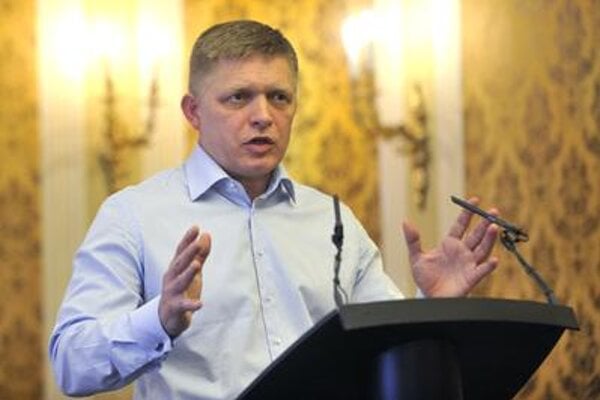 “We are starting to be nervous because we feel deflection from conclusions adopted at the summit of the eurozone where countries agreed that they do not agree with any Greek debt relief,” Fico said on July 21, as cited by the SITA newswire. “I would like to say it clearly. Slovakia will always in principal refuse any debt relief for Greece.”

Fico responded this way to indications linked especially with participation of the IMF in assistance to Greece where a question opens whether at least a portion of the Greece’s debt should be written off.

“Even if pressure emerges, Slovakia will refuse to write off [part of] the debt as a matter of principle – even at the cost of political difficulties that may emerge for us as a result,” Fico said, as cited by the TASR newswire. “The Greeks have to do difficult homework... Nevertheless, if we notice that Greece is failing to meet its commitments and is not doing this homework, Slovakia will be in the first line of countries demanding that Greece leave the eurozone.”

In the meantime Greece has increased the value added tax (VAT) from 13 to 23 percent, a step welcomed also by Finance Minister Peter Kažimír. According to him, this is a painful measure but brings fast and immediate revenues for the state budget.

“Athens, just like Slovakia before, needs to focus on effectiveness of collection of taxes and to fight against tax evasion and tax avoidance,” said Kažimír when responding to adoption of the second block of reforms in Greek parliament during the night from July 22 to July 23.

The night voting is another inevitable step Greece had to take, but according to him the more difficult part, implementation, is yet to come.

“Baltic countries, Ireland, Portugal, Spain and Slovakia have shown that it is manageable,” said Kažimír, as cited by SITA.

Slovakia is one of the countries holding a tough stance towards Greece. Katarína Muchová, macroeconomic analyst at Slovenská Sporiteľňa, sees as understandable that Slovakia has been on the more critical side of the Eurogroup, together with Germany, “given that it underwent substantial reforms and worked hard to get its budget deficit under control to abide by the Maastricht criteria”. 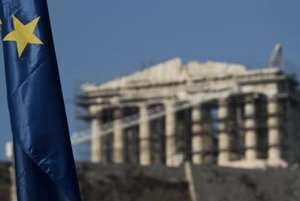 “The solution to the Greek question needs to have the right balance between solidarity and elimination of moral hazard,” Muchová told The Slovak Spectator. “Yet, given the heterogeneity of the eurozone economies, this proves to be a fine line to be found.”

Zdenko Štefanides, chief economist with the VÚB bank, recalls that Slovakia is very closely economically connected with Germany when it is Slovakia’s most important trade partner. Slovakia exports directly more than 22 percent of the country’s total export while to Greece it is only 0.3 percent.

“Thus, from the economic point of view it is understandable that Slovakia keeps the stance pursued by Germany,” Štefanides told The Slovak Spectator.

Vladimír Baláž from the Institute for Forecasting of the Slovak Academy of Sciences recalled that it is very difficult to explain to Slovak voters why they should support a country with higher standards of living, adding that while now the standards have decreased in Greece, previously they were about 25 percent higher than in Slovakia.

Martin Vlachynský, analyst with the Institute of Economic and Social Studies (INESS) told the Hospodárske Noviny daily that the Eurogroup agreement from July 13 lacks forgiving a portion of the Greek debt.

“Without this it is only whipping of a dying horse,” he said.

According to Vlachynský, more and more politicians realise that without a significant restructuring of Greece’s debt the situation of Greece would not improve.

“But nobody has found courage yet to admit this to their voters,” Vlachynský told The Slovak Spectator.

Petition against bailout for Greece

The opposition party Freedom and Solidarity (SaS), whose refusal to support changes to the European Financial Stability Facility (EFSF) led to the fall of then-prime minister Iveta Radičová’s government that helped return Fico and Smer to power in 2012, continues to be against the third bailout for Greece. The party, led by Richard Sulík, claims that Greeks disagree with the reforms that are a condition of the bailout, and has even launched a petition against providing a third bailout for Greece.

Sulík recalled that the fresh bailout will raise Greece’s debt to 200 percent of its GDP.

According to SaS, Fico and Kažimír have submissively agreed to providing a third bailout for Greece.

“The Slovak share of the Greek bailout will rise [from €1.6 billion] to almost €2 billion, which makes around €1,000 per household,” stated the party, asking people whether they are comfortable with “throwing money out the window”.